The other day my poor kindergarten kiddo was melting down. The school year had caught up with him, and he had a bad case of the ‘term four wobbles‘.

He told me he was tired of school and that he needed a big break. “One thousand days,” he said.

But I knew he needed just one.

After holding his small shaking body while he screamed, and feeling my anxiety levels rise, I gently told him he could have a day off from school.

When the screaming eased and turned into sobs, I cried too.

It seemed we both needed a day — him from school and me from being a school mum.

Part of me wondered if I was giving in to him, but I knew this wasn’t a tantrum. This wasn’t him trying to get my attention or fulfil a want – like an ice-cream. This was him telling me in the only way a little person can that he wasn’t OK. He was derailing and he needed help getting back on track. 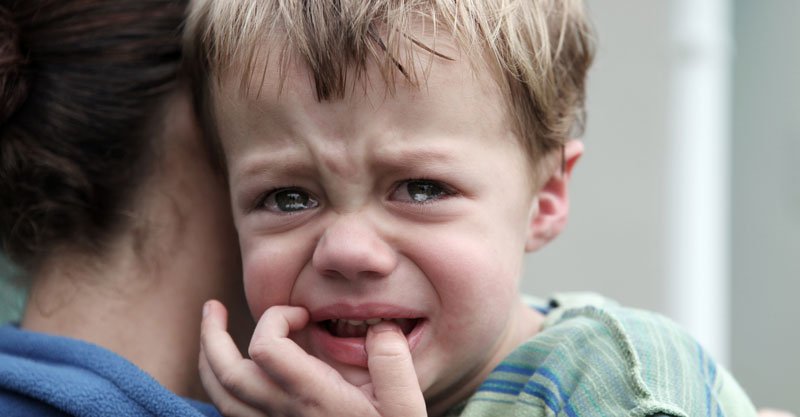 So I labelled the day a ‘mental health day’ and resolved that this was a day for him to unjumble his mind, find some inner calm and regroup.

He went out to his tree swing and just hung about as I ditched the lunch box I’d been making for him.

Thankfully it wasn’t a work day for me, and so I was able just to let him be. After some time hanging on the swing, I told him we needed to take his little brother to swimming.

It was nice to have him with me during the day and to have company as we watched his brother dog paddle with a stupid grin on his cute face.

When we got back into the car, I asked my big boy what he’d like to do now.

It was decided that he wanted to visit the small park next to the unit where we used to live. I love this park because of the memories (pushing them as babies on the swing!) but also because there is rarely anyone there – just some beautiful tall gum trees and old-school play equipment. It is relaxing.

Once home, my eldest did some Reading Eggs and swung on his swing, and my little guy played with trains and helped me hang out the washing.

Both my boys were happy, calm and chilled. There was no whining and no explosive outbursts from a child who feels overwhelmed and not in control.

My husband was pleasantly surprised by the lack of tension when he got home from work, too. The value of a mental health day

The next day my big guy was more than happy to go back to school. He understood it was just one day, and he felt a tonne better. Lighter. Happier.

It’s been a week since that mental health day, and I feel we are still reaping the benefits. He is less fragile, calmer, and as a result, our family feels more intact.

On his letter of absence to his teacher, I explained he needed a mental health day. That the school year had caught up with him and he needed a day to unwind. I was honest. I could have said he was ‘unwell’ and not gone into it, but I think the conversation around mental health is shifting. We talk about it more openly and are more aware.