My son has autism, he’s ‘on the spectrum,’ as people say. He has a label. To me though, he’s just my little guy. My beautiful, funny and quirky four-year-old who is learning about his world.

Here are some of the early red flags I saw in his development, and why I’ve come around to the thinking that when in doubt, check it out.

The niggles started when he was a baby

“He’s so beautiful” cooed my mum at my then six-month-old. “But have you noticed he never really looks you in the eyes”? Um, what are you saying? I remember thinking.

Then, as he got older: “He’s so hyperactive! He doesn’t want to wave bye-bye,” my mother-in-law would say.  No biggie, I thought. All kids are different and develop in their own time – relax, people!

As more time passed though, the comments were to do with him not responding to his name, flipping out over a distant leaf blower, and the way he would obsessively play with the one toy for hours on end – a dinosaur with a pulsating button. Then there was the washing machine. Oh, the washing machine! If I ever needed a break, I’d do a load of washing. From the time the machine started filling with water, to the end of the spin cycle, his little face would be glued to its window, mesmerised by the spinning.

“That’s just a little weird and cute,” my hubby and I would laugh as our toddler excitedly danced in front of the machine when he came up for air.

It wasn’t until he started daycare that the niggles grew into actual concerns.

He was 18 months old when he started two days a week in care. I did all the orientation sessions and preparations, but I knew in my heart that he wasn’t OK. But being an under-confident first-time mum, I dismissed my intuition.

I put his struggles down to age-appropriate separation anxiety. The thing was though, he wasn’t just experiencing normal separation anxiety. His teachers would phone me to come to the centre because he was having a meltdown and couldn’t be calmed. I know now that he would have been suffering from sensory overload and was also likely feeling lost, confused and, cue the mum guilt, abandoned by me – sob!

A new kindy, a changed future

I pulled him out of that daycare six weeks later and waited another year before starting him two days a week at a smaller kindy. After his first week, his lovely teacher (who had worked previously in a centre for special needs kids) sat me down.

“Lana,” she said, “have you ever had concerns about ASD?” I confessed I had. She also said she had some and gently suggested we have him assessed.

After a full day of professionals observing and playing with my two-and-a-half year old, as well as interviewing me at length, the report came back that yes, he was on the mild to moderate end of the autism spectrum and has Autism Spectrum Disorder (ASD). I wasn’t surprised, I wasn’t sad, I was just like, “Ah-ha, that explains so much. Now, what can I do for him?” 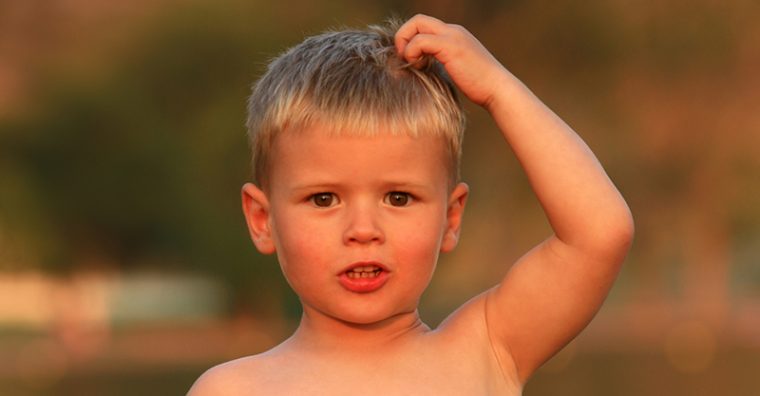 Here’s the thing. He has ASD, but his autism isn’t something that’s happened to him, some affliction, some sickness that needs to be cured. It’s integral to who he is and he wouldn’t be him without it – just like your spag bol needs that special secret ingredient to be yours. But I also know he needs to become aware of it. He needs to be able to recognise when his ASD is making a situation hard for him and, hopefully, with all the early intervention he’s getting, he’ll be able to manage it, rather than have it hinder his life in a big way.

I know this is all easier for me to say because he is mild and I take my hat off to those who are parenting a child on the severe, non-verbal, end of the spectrum, but I do feel optimistic about his future.

Sometimes you need the label

Having a label has opened so many doors for him. Now that he has an official diagnosis, we’ve received funding for things that are really helping him.

His kindy receives money to get an additional teacher to help out in his room and he also has a quiet tent there; a place where he can go if he feels overwhelmed by the noise and visual clutter of the room. He receives speech and occupational therapy, both of which are having a huge impact on his development. Plus, he has an early intervention agency which supports him in lots of different ways. His favourite book right now is a social story called, How To Use A Public Toilet which they made especially for him to help him get over his anxiety about using them. 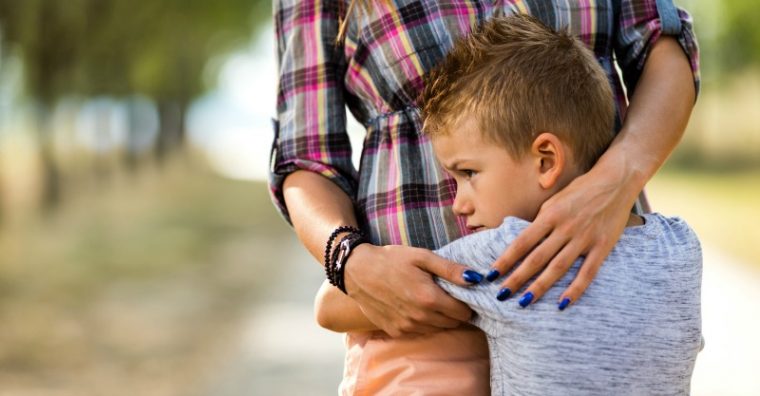 All the help he’s getting also makes me feel empowered as his mum. Whenever I fret about what the future may have in store for him (bullying, trouble learning in a classroom environment, maintaining future relationships), I am motivated to help him even more. To learn more, to seek out various early interventions and to try and change the course of his future at a time when his brain is so capable of learning. Early intervention is key I’ve been told and I can already see why.

A day in our life

The other day I braved the local library with my boys. My toddler ran in one direction, as toddlers do, and my four-year-old started flipping out over the fluorescent lights. I could see I was losing him. He wasn’t hearing me when I asked him to stop this or that and the very next thing, he was on the ground moaning and laughing hysterically at the air coming from the floor vent.

When I felt the burn of judgemental eyes upon me, I looked up to see a cranky librarian and a man shaking his head in frustration at the communal desks. We had disturbed the peace, and everyone was going to let me know it.

“I’m sorry, he has autism,” I said to the librarian. In an instant her expression changed from judgment to compassion. She quickly scanned my books so we didn’t have to wait and told me the library can be an overwhelming place for little ones. The guy working at the computer smiled and made some passing comment about, “having my hands full”. In that moment, I’d needed the label like I needed a lifeline.

Labels help people to understand, and sometimes, it’s everyone else who needs them.