A small study of children with diagnosed restrictive eating has found that a special program can help parents make ‘life-changing’ improvements to their child’s eating habits.

While the study group was tiny – just 21 very fussy-eating kids – the results were significant enough to get parents and researchers pretty excited.

Avoidant/restrictive food intake disorder (ARFID) is an eating or feeding disturbance that is characterized by a persistent failure to meet appropriate nutritional and/or energy needs.
– source The kids studied were aged between four and 12 and they were not your average picky eaters. 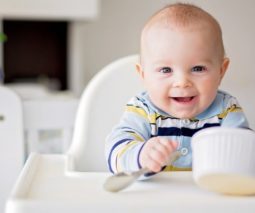 Their eating was so restricted that their parents were incredibly stressed and they reported the following:

Clearly, this is a nightmare for both worried kids and their parents.

So into the Picky Eater’s Clinic they went, undertaking a series of sessions over a six month period and a specially designed behavioural change program at home.

Homework included being challenged to eat a portion of a new or non-preferred food. Success resulted in a post-meal reward which was usually screen time.

“Findings indicate that a relatively brief group treatment that focuses specifically on training parents to facilitate and carry out food exposures and contingency management procedures in their homes is associated with reductions in functionally impairing picky eating and related negative mealtime behaviors in elementary school-age children,” the study concluded.

That sounds super promising, doesn’t it? Here’s hoping they share more detail on how they got these results.