It’s like the breastfeeding equivalent of ‘the bro’ from Seinfeld – a bra made for him. Unlike ‘the bro’ though, this bra is filled with milk and it also looks and feels like boobs. Oh, and it can feed the baby!

But we are in two minds about it.

Called the ‘Father’s Nursing Assistant’, the innovative breastfeeding man-bra has been designed by Japanese tech company Dentsu. It’s been unveiled at the SXSW festival which is currently being held in Texas.

It has one ‘working boob’ with expressed breast milk or formula (released through a ‘nipple’ when bub sucks) and another which looks and feels like a breast.

Yep, bub would NEVER be able to tell the difference! Just look at it.

It’s weird, yes, but how many times have we wished someone else, probably our baby’s dad, could just breastfeed the baby to give us a break?!

Imagine being able to sleep through a night feed, or even go to the hairdressers and not panic that your baby will be starving hungry because the appointment took longer than planned?

The Father’s Nursing Assistant could actually be a genius invention!

But isn’t that what bottles are for?

While the obvious answer is the bottle when your breastfeeding boobs aren’t around, but some babies refuse it. I know both of my breastfed bubbas turned up their cute little button noses at the very sight of a bottle. They preferred the real deal.

But the makers of the Father’s Nursing Assistant say their life-like product could be more appealing to fussy-boob-only bubs than bottles, and may actually solve this ‘won’t take the bottle’ dilemma. They also say bottle feeding little ones will actually prefer it, too.

According to Denstu, the device was designed with “advice from paediatricians and babysitters, who say that babies tend to touch the breast with their hands when feeding and that the softness seems to sooth them, the product has been shaped to resemble a woman’s breasts.”

We are assuming by ‘babysitters’ they actually mean breastfeeding mothers, but we aren’t sure. 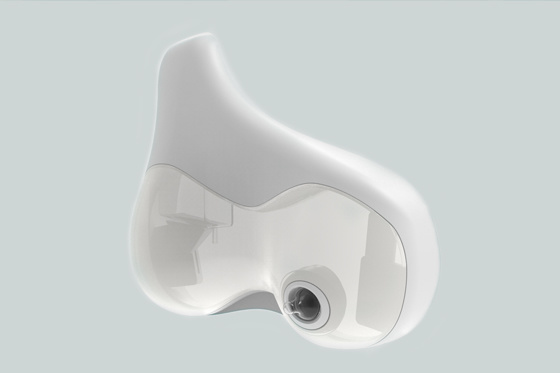 The new age of fatherhood

With dads taking more of a hands-on role with caring for their little ones, could the Fathers Nursing Assistant be the answer to him feeling like he can do everything for his baby, except breastfeed her?

Is this what the future of fatherhood looks like?

Maybe so. In addition to this man bra contraption, a design student, Marie-Claire Springham, has invented a ‘chestfeeding kit’. With hormones to induce lactation in men, it will allow dads to breastfeed their babies – from their very own chests.

The ‘chestfeeding kit’ has already won the Grand Trophy prize at the Meaning Centred Design Awards in 2018, and Springham hopes to make it available to consumers within five years.

So maybe breastfeeding dads aren’t so unrealistic after all.

But it’s still weird, right? Weird but maybe also very helpful to us breastfeeding mums and nice for the other parent and their baby, too.

But wait, will dads also have to fight for their rights to breastfeed in public now?! #equality.