As new mothers welcome their tiny darlings into the world, they’re presented with a host of issues. From “How do I hold him the right way?” to “How can such a little thing make such a funky smell?”, women plunge into a role where problem-solving is paramount. Caring for a baby comes with an infinite number of challenges and, for some women, breastfeeding is one of the most resounding.

Despite my rigid determination and the support of lactation consultants, I never made any headway with breastfeeding my newborn. As a result, my milk supply continued to dwindle, along with my son’s ability to gain weight. When an allergy ruled out formula, I was left overwrought, with a hungry baby in my arms and very little to feed him.

So began my year (that felt like ten) of exclusive expressing, in which I was perpetually exhausted, crazily obsessed with millilitres, never without a hot water bottle for my ever-blocked ducts, and a fair bit whingier than usual.

It’s draining, imposes rigid routines on one’s life and is something of a time suck, so how does a mum exclusively express without becoming overwhelmed? Here are some tips for how I was able to persevere for 12 months (despite a meltdown or three). 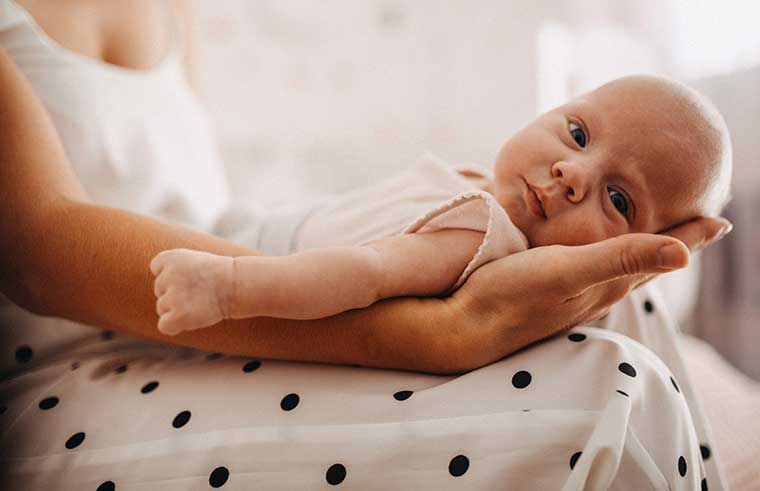 You know those new mums for whom routine bears little thinking? The ones who are able to care for their newborns from morning until night (and through the night) without so much as looking a clock? Accept the fact that for you, it is different. Effective pumping and maintaining milk supply involves developing a solid routine and sticking to it. Cleaning your pumping equipment, preparing feeds and expressing milk all consume time, so organisation is key.

I started out expressing by hand, and quickly realised there weren’t enough hours in the day to get the job done. While they can be expensive, consider a double breast pump a worthwhile investment (and your new best friend) for the course of your pumping. Not only does simultaneous pumping speed things up, but according to this study, double pumping actually triggers a greater number of milk ejections and yields breast milk of a higher energy content than if pumping one breast at a time. The day I began double pumping was the day I began seeing long-term expressing as a hurdle I just might be able to jump. 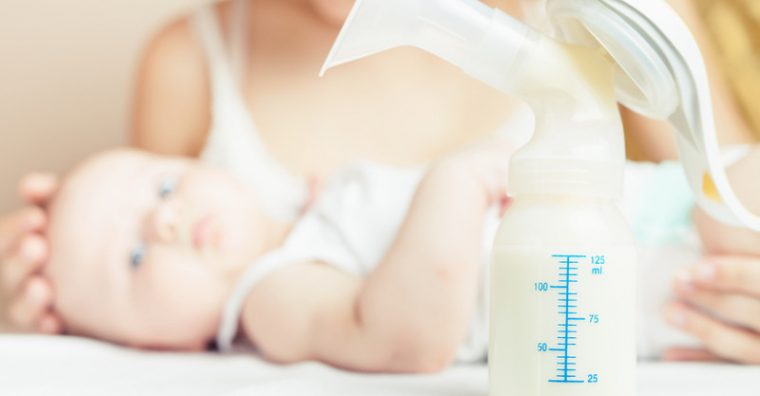 Trying to express while baby is howling with hunger is no mum’s idea of a good time, especially when it’s 2am and the floor tiles are giving you frostbite. Having feeds pre-prepared helps to eliminate the stress of pumping milk for immediate feeding. The Australian Breastfeeding Association advises that breast milk can be safely stored in the fridge for up to 72 hours, with this in mind, it certainly helps to be organised and keep a few feeds always at the ready.

Pumping is tiring, and the production of milk uses a lot of energy. Not eating well and losing too much sleep – especially when expressing and feeding through the night – can wreak havoc on a woman’s milk supply. Make a point of eating proper meals (and no, the crusts of a child’s toastie is not a meal) and calling in help from family and friends when you simply must catch up on sleep. One of the pros of expressing is that other people can bottle-feed baby. Take full advantage of this reprieve to grapple some precious time out. Don’t look too far ahead

The very thought of expressing for an entire year or more can be overwhelming for most women. Setting realistic, short-term goals gives you something to strive towards, and achieving them might just give you the boost to carry on.

For most mums, exclusive pumping is a tedious occupation. But, remaining focussed and having access to good support will help you stick it out. From my experience I can say that one day, the knowledge that you did the best you could for your baby will likely far outweigh those memories of plugged ducts, interminable bottle washing, and the unforgettable sound of the breast pump.