“Do we REALLY need a new TV? I think we can wait a bit longer,” I said. Husband argues his case and goes ahead with purchasing an expensive new flat-screen which we enjoy for (ahem) a measly few months before our two-year-old smashes the crap out of it.

As parents of three young boys, we don’t get out that much. So understandably we watch a lot of Netflix and Stan. In other words, we LOVE our telly time at night when the kids are in bed. Not to mention family viewing times on the weekends and rainy days. So I can understand why my husband wanted to upgrade to a new flat-screen smart TV that had built-in buttons for streaming devices and such. I was also keen but a bit wary. Perhaps it was best to wait until our youngest was out of the danger zone (a.k.a the toddler years)? Yep, of course, I was right. 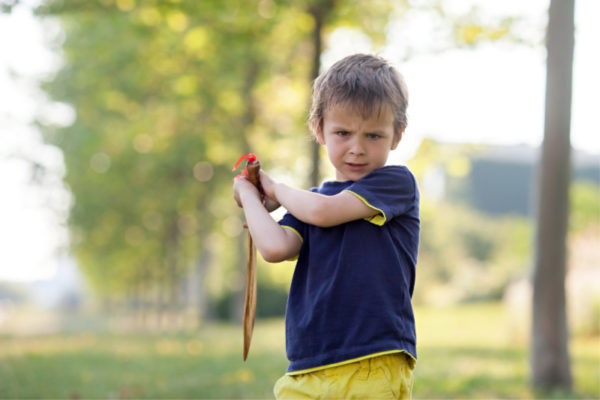 It started off well. We were loving our new TV and nothing bad happened for a few months, other than we had to remind all the kids to not touch the screen with their grubby mitts (it not being mounted on the wall). And then the inevitable happened last week.

My two-year-old, who’s mad about pirates, attacked the TV with his sword in a swashbuckling frenzy. Given the sword in question was made out of foam, the TV should have been okay – but it wasn’t. He was holding the sword upside down and the hard plastic end of the handle smashed the screen smack bang in the middle. ARRR! It was well beyond repair. Knowing it was entirely our fault though we didn’t get angry at him, we just gaped in shock and then removed the sword and told him “no” before quietly freaking out amongst ourselves. We’d never had a situation like this before. You see, with our other boys when they were a similar age we put barricades up in front of the TV and also had other measures, like baby gates, in place to stop them trashing and ruining the joint.  But we did renovations not long ago and there’s quite a different set up in the house now. And because he’s our third child, I guess we were a bit relaxed about toddler damage prevention. ROOKIE ERROR (and yes, I am aware that we are not actually rookies in this game known as parenting!)

Why on earth hadn’t we made the effort to mount the TV on the wall??! Shame, shame we know your name. 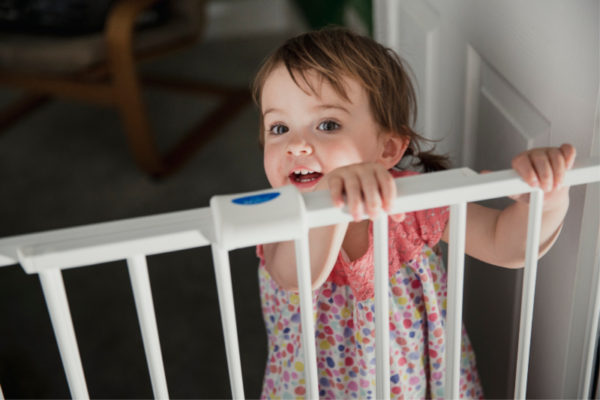 Feeling slightly sick about it all, we decide to put it behind us though and move on. Against my better judgement, the next day after the incident my technology-loving husband decides to rush out and buy a replacement TV that’s even bigger than the last one. Early Christmas present for us, he says. And guess what? All three kids almost destroyed it before it was installed. They jumped on the box and tried to mess with it before he could set it up (I was heading out to a function and couldn’t help supervise).

And because it was so heavy and we needed someone to help my husband mount it on the wall (yep, we weren’t taking any more chances), we had to wait another night before it could be properly out of reach. Not surprisingly, before you could say “burn all my money now”, our toddler then grabbed a toy garbage truck and tried to push it into the new flat-screen sitting on the TV unit. Whose fault this time? Definitely my husband’s. Cue me upending the coffee table in front of the TV as a blockade before I headed out the door shaking my head in disbelief.

The lesson here, people? Don’t get expensive stuff until your kids are about 18. And if you do (or more likely your husband does), keep it under lock and key, or expect it to be trashed.

Has your toddler destroyed something around your house? Share your stories with us on our Facebook page!