Ah, toddlers. They might be little, but they’ve got some sass. Whether it’s a breakfast demand or an insistence on wearing pyjamas to day care, their tough little attitudes can make for some big battles, and admittedly, I don’t always come out the winner.

I don’t know where he gets it from – do they have some sort of toddler sass school that we parents don’t know about?

Here are 8 ways my toddler sassed me today:

1. He’s Prince or something

My toddler loves purple, for some reason, just like the late popstar. If I don’t present his drink or snack in a purple receptacle, it won’t be accepted, simple as that. You’d think I’d have made things easier on myself, and got in heaps of purple bowls and cups so we’d never have a problem. But, no. For some reason we have just one purple cup and one purple bowl. Which makes it fun.

When he’s role playing, I have to call him Crash. Everyone has to call him Crash, regardless of whether they know about the game. I don’t know who Crash is, but I do know if I forget to use it and call him by his actual name, poor Crash gets very, very upset. I hate Crash a little bit. He’s just so unreasonable.

Lately he’s been choosing to do things on his own, which is great. I’m all for the emerging independence. But getting into the car today, I was under strict orders not to touch him while he a) entered the car, b) got into his car seat and c) adjusted himself comfortably. Only then was I allowed to reach for his seat belt to buckle him in. Out of sick curiosity, I patted his back while he got into his seat, just to see what would happen. ‘No mummy! I start again!’ And yep, he did. From inside the house and everything.

Apparently, plain trousers and pants, you know the smart kind that make your kid look put together and neat, are not suitable for outside wear because ‘They got nothing on it!’. Pyjamas, including too-small  flannelette numbers, tend to have pictures and patterns on them, rendering them perfect attire for wearing to day care. Over and over, even if they’ve been slept in overnight. Every morning I negotiate with a fresh pair of toddler trousers, all blue and smart looking. And every morning he leaves the house looking like this: 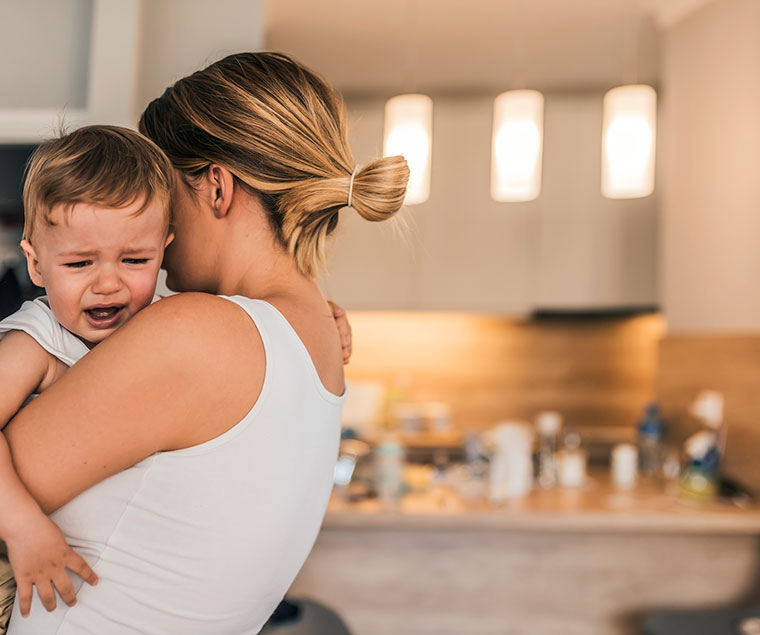 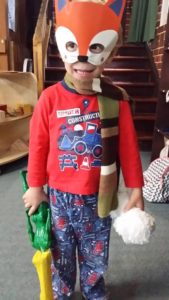 Every toddler has one, that slightly inappropriate adult song they heard somewhere and then insist on hearing over and over again until your ears explode. My toddler’s song is ‘I was made for loving you’ by Kiss, which, sweetly, he thinks is about kissing and likes to make little kissing sounds while he sings it. Today, shortly before my ears exploded, I got the whole thing on video. This little beauty will be saved for screenings in later years, such as at coming-of-age birthday parties.

6. The bringing of stuff

My toddler is never ready to leave the house until his arms are full of teddies and toys that have to come with us. Today was no different, and as usual, I was so grateful to actually get out of the house with him that I happily ushered him out, forgetting whose job it would actually be to carry the toys around all day. ‘You put in your bag?’, he asked, before we even got to the car, proffering three action figures and a soft teddy at me. I’m telling you, this kid knew exactly what his plan was.

7. The refusal to understand how washing works

Every now and then, I valiantly pry off one of his favourite items of clothing for a very necessary clothes wash. And every time, we go through the same teary arguments about the process involved to have the clothing returned to him, which takes a really long, unbearable time if you’re a toddler. Today he insisted on pulling the aforementioned pyjama pants off the line and wore them while still damp. He insisted they were fine. Hey, at least they were clean.

You have to hand it to toddlers for their refusal to take no for an answer. Mine practices very persuasive arguments to get cookies from me. Somewhere they’ve learned that if mum says no, just continue asking the same blessed question over and over until she starts crying. That, along with the big eyes, the whiny voice and the begging hands worked a treat for him today. Plus, I wanted  a wee and it was the only thing I could do to get some privacy.