I’d always thought that third children were quite independent, sassy and on the ball but I think my youngest has taken things to a new level. He’s just about to turn two and is not even talking properly, but he’s already running the show in ways that my other boys didn’t even come close to. Sure, sometimes it’s funny, but mostly it drives me nuts!

If he’s awake and the TV is on he will grab the remote (if it’s foolishly been left lying around), point at it and make noises until we put either Pingu or Twirlywoos on. We know we shouldn’t give in so much to his protests, but we have three kids, we want some peace. Sorry to everyone else, Pingu it is.

2. He takes the best seat

At family movie time he knows where it’s at. The couch spot right in front of the heater/air-conditioning where you can stretch out your legs while having the best view of the telly, and you’re right near the kitchen for easy access to snacks. 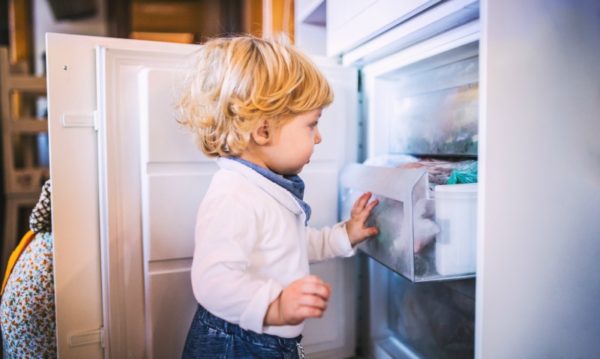 3. He gets his own snacks

Speaking of food … Okay, this is our fault for not putting one of those child-proof latches on the fridge and building a new kitchen with a door-less walk-in pantry, but we thought he’d stop doing it by now. He goes and grabs boxes of cereal, blueberries, yoghurts, chocolate milk poppers, whatever he fancies and gets stuck in. The other day I came downstairs to find him munching on a giant carrot with strawberries strewn all over the floor and even in my shoes. And if we try and stop him, he goes mental until we find some form of food or drink to his liking.

Too bad if one of the other children are playing with LEGO, a puzzle, or are building a tower. He will come over, take over and change the gameplay. Down come those blocks, destroyed is the LEGO creation and say goodbye to having the correct number of puzzle pieces. He knows how you really play games: his way or the highway – cue tears and tantrums all round.

5. He decides when it’s bath time

If he hears the word ‘shower’ or ‘bath’ or just decides he wants to have one, he will stand up and rip off his nappy and all of his clothes – even if we’re about to all head out the door or he already had one half an hour earlier. Sometimes we manage to distract him and get all his clothes back on, but usually, it’s a losing battle.

You’d think that three or four stories before bedtime is pretty good right? Not for my toddler tyrant! We’re now up to about six and that’s BEFORE he gets put in the cot. We now have to do at least another two while he’s in bed otherwise it’s mental town. 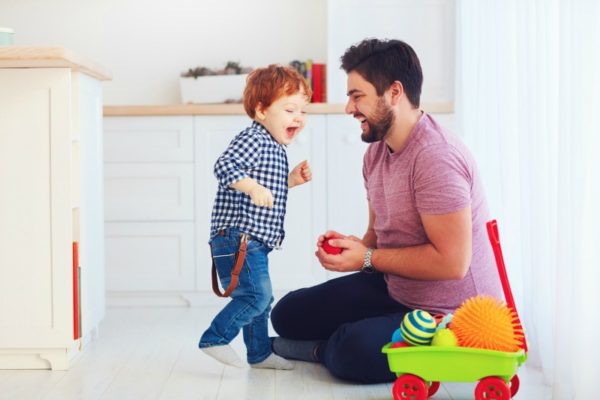 Boy can this little joker dance. He just loves music and also being silly, pulling funny faces and playing little pranks. And he can’t even talk yet! If he’s in the room, you certainly know it.

8. He steals our hearts

He also gives the biggest cuddles and kisses. He just loves everyone in the house – even the cat who is only now starting to accept it. You can feel his love for his family and in return, we all forgive him for being a such a crazy little boss man.

Do you have a little Boss Baby in your house? Tell us your funny stories on Facebook!