I know, I know, numerous studies point out that sugar overload does not cause kids to get hyper. But hello! Ask any mum battling her looney, cake-stuffed tot into his car seat after a birthday party and she’ll roll her eyes at those smarty pants scientists. Maybe it’s the stimulation and excitement of the party or maybe, it’s all the crap he ate there which is about to turn him into a behavioural nightmare? Either way, here are the seven stages he’ll pass through, and the thoughts you’ll have along the way, thanks to his sugar bender.

Sure, it’s a party and you don’t allow him that much sugar, it’s a one-off you think. Oh but look, fairy bread, cupcakes, lollies, lemonade and cake as well. Hmmm, where are the fruit skewers and little healthy sandwiches cut into quarters? Oh well, lighten up, it’s a party. I should stop him from scoffing too much junk though. Oh, yes, I’d love a party pie, why thank you. 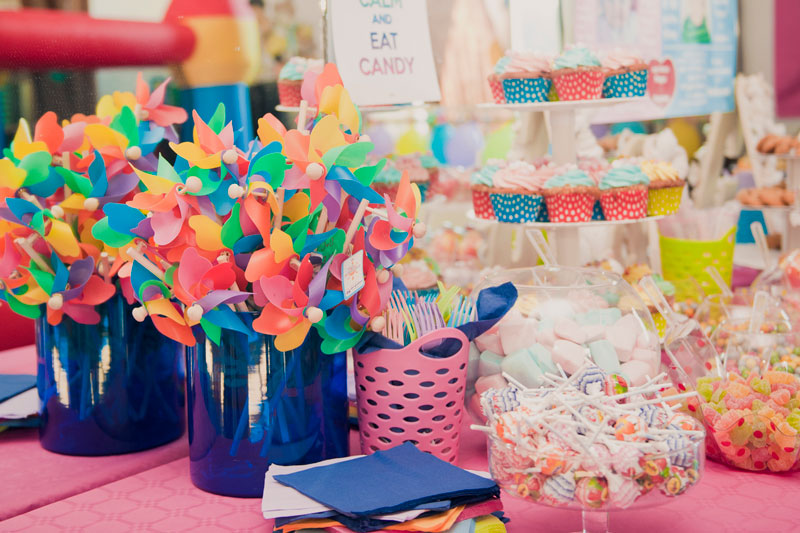 Oops, I didn’t stop him. I wonder what all that sugar, carbs and processed food is going to do to his little system? I should have stepped in. I think that’s his third cupcake? Oh wait, now someone just handed him a jelly cup and the rainbow birthday cake topped in smarties still hasn’t even come out. Eek!

OK, the sugar has kicked in. Now he has become a puppy dog and is crawling around licking his little friends with icing-coated lips and a red tongue – no doubt thanks to the artificial colouring in the icing.

Stage four: Who is this child?

Who’s the mother of that crazy kid rolling in hysterics on the floor? Oh wait, I am. Actually they are all just as crazy as each other. Almost time to go. Good. Oh, of course there’s still a lolly-filled pinata to come. Yep, that’s really gonna help things.

OK, home sweet home but what’s happened to my toddler? He’s suddenly so irritable, whingey and TIRED. Seriously, it’s like me two days before my period. Oh. He must be coming down from his high. Quick, hide the lolly bag. He’s going to be craving more sugar. You just have to ride this one out. He refuses to eat the healthy salmon and veggies dinner I’ve made him and he has been pushing all my buttons since we got home. Poor thing, he’s overstimulated and I really shouldn’t have let him indulge in all that junk. Bad mum. But seriously, please go the F to sleep! Of course you can’t. You are so wired. OK, pat-you-to-sleep-and-read-1000-books-in-between-patrol it is.

Stage seven: No more sugar – ever

Until the next birthday party, that is. Sigh.