With everything that parents have to teach their children, it’s easy to see how emotions, and how to handle them, can sometimes be forgotten, writes Shevonne Hunt.

Most parents understand that we need to teach our children how to use a knife and fork, wee in the toilet and button up their PJs.

It’s harder to remember that we also need to teach them about their emotions.

This is never more obvious than when you’re dealing with a toddler tantrum.

Why incorrectly chopped cucumbers are the end of the world

We’ve all been there.

Your version of cucumbers might be the wrong coloured bowl, the ice block that’s too cold or the jumper you insist they wear when it’s five degrees outside.

The actual physical things that set a toddler off can be baffling.

But Dr Laura Jana, author of The Toddler Brain says that if you look at it from their perspective, it makes perfect sense.

“If you walked around all day and you knew what you wanted and you saw other people getting what they wanted, but you couldn’t get it and nobody helped you because nobody understood you – you might throw a fit when somebody set cut cucumbers in front of you. They’re either figuring out their own emotions or they’re not well-equipped to control their emotions,” Laura explains.

Read more about behaviour and discipline:

Laura calls these ‘me skills’ – that is self-awareness, self-control and impulse control; and these skills don’t develop until a child is between three and five years of age.

Before they get to that age we can help by giving them the language to label their emotions.

“Two-year-olds are not great with vocabulary yet. They can put two words together but that doesn’t get them what they want. We need to give them the ability to express their feelings.”

Laura has some simple steps to start the process of emotion coaching.

While tantrums can be the crisis point of emotion coaching, they’re also often the most appropriate place to start. 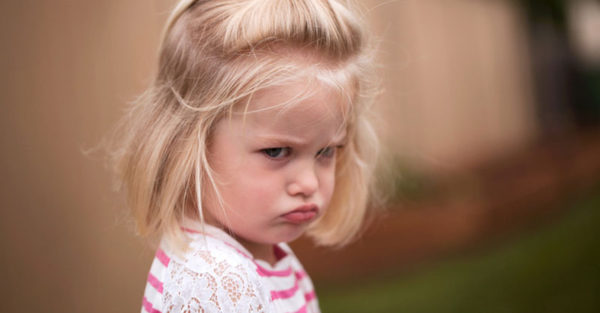 1. Give yourself a break

It is developmentally appropriate for a toddler to have a tantrum; you’re not doing wrong as a parent. Laura says that it helps to see tantrums as an opportunity to help your child learn about their emotions and how to deal with them.

Name the emotion whether it’s anger, sadness or frustration. Give them the language to identify what they’re going through. This doesn’t mean excusing bad behaviour. Even if they have done something unacceptable (like hit or bite) it’s important to acknowledge what they’re feeling so they can start to understand their own emotions. You might say something like “I can see that you’re really angry, but we don’t hit”.

3. Know what to expect from their age

Laura says understanding what children are cognitively able to do is really important. Toddlers don’t have the capacity that they will have at four or five years of age.

“The brain development isn’t there. The neurons haven’t connected that way yet. You are shaping it so that they will be able to but two is not the age that they’re really skilled at managing their emotions, that’s when they’re starting to learn that skill.”

Laura believes that books are one of the best gateways to conversations about emotions. You can talk about the story, and how the characters might be feeling. Continue to teach them about their emotions – the good ones too – when they’re not in a stressful moment.

As your child learns to express their feelings, it alleviates the frustration of not being able to explain what’s happening. From there you can move on to explaining better ways to express big feelings, other than screaming, crying, hitting or biting.

Emotional intelligence is a lifelong skill we all need

I don’t know about you, but I know lots of adults that could do with a bit of emotion coaching. Laura says that emotional intelligence is a skill that we all need and that children need to learn as they grow.

“These skills and concepts are not unique to young children. They are the exact same skills that business innovation and entrepreneurs care about. They relate exactly to the World Economic Forum’s list of skills that you need in the 21st century to succeed,” she explains.

While your toddler won’t stop having meltdowns, because that’s what toddlers do, you can help them start to name what’s happening.

And with practice and patience, you can help them learn how to manage their emotions.