Kim Kardashian enlisted the help of a gestational carrier to help her bring daughter Chicago into the world, and on this week’s Keeping Up With The Kardashians she introduced the woman in question, La’Reina Haynes, to the family (and fans!) “It has been challenging”

Kim has been very open about her experience of using a surrogate, but was struggling with the media’s thirst for inside information on this pregnancy.

“It’s been such a crazy year,” Kim said in a KUWTK confessional interview. “Our surrogate has been amazing, but it has been challenging with all of the media leaks … And it just feels weird that my family has no idea what my experience has been like.”

Kim figured the best way to help her family (and fans) better understand what she’d been going through was to invite her still-pregnant surrogate to meet her sisters and mum. The scenes were shot a month or so before Chicago’s birth, but are only just airing on this week’s finale. For those of us who have been following Kim’s baby journey, it was fascinating to hear more from the lady carrying her baby. La’Reina’s face was kept obscured in the segment, but we still found out lots more about her motivation and the experience of being a gestational carrier.

La’Reina reveals she is mum to two little boys, aged three and five, and that she’s always had easy pregnancies but confirmed that during her pregnancy with Chicago, there were some issues with the placenta that resolved themselves.

“I like being pregnant. I know it sounds really weird,” La’Reina told Kim, Kourtney, Kris, Kendall, Kylie and Khloe. “The pregnancy itself, you know, it just feels natural, like I’m supposed to do it.”

La’Reina confirmed this was the second time she’d acted as a surrogate.

“God gave me two boys and for the surrogate babies, it was two girls.”

“Emotionally for you, is it super depressing, or something after the fact?” a curious Khloe asks.

“No, because I know from the very beginning this is not my baby,” La’Reina says. “And at the end, my joy and my satisfaction is with whoever I’m having the baby for.”

“So when the baby comes out, they’re just like ‘okay do you want skin on skin’ and I’m like ‘no, let her go to her mom’,” La’Reina explains of the birth.

“I love babies, it was nice for me to hold [the first surrogate baby girl] I loved holding her. But I know what my job is in all of it. It makes me feel important because I’m like, ‘Wow, I did something so good. This is beautiful. I would do this again a thousand more times.”

A tearful Kylie says “This is so beautiful, This is so amazing, so special”.

“Thank you,” La’Reina replies. “I’m so proud of doing it in general. Like, with all the women who do have pregnancy issues, that put so much trust in people like me, it’s amazing. It’s already a big deal.” 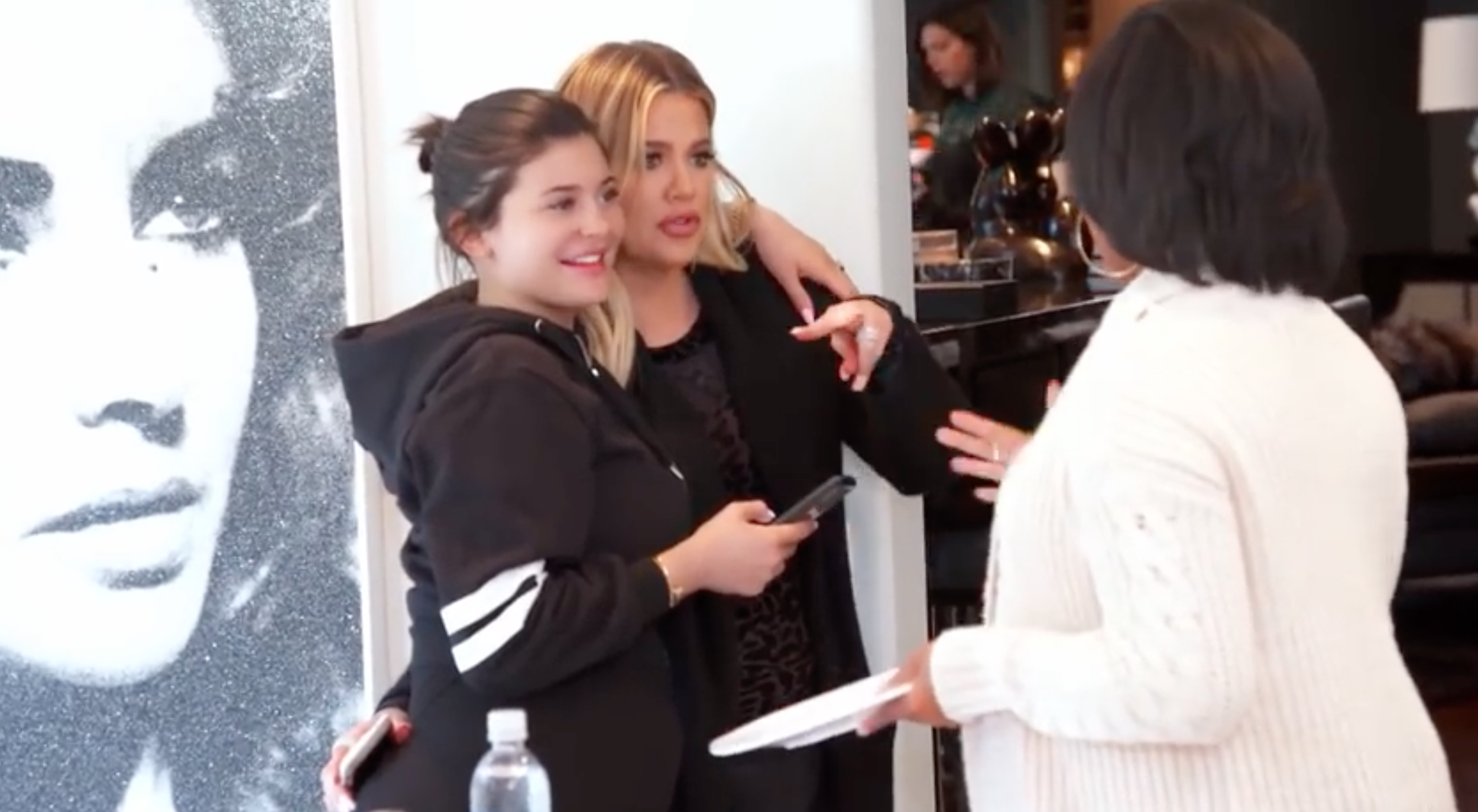 “This experience, going into it, I really didn’t know what to expect because I don’t really know anyone that’s gone through this,” Kim later admits.

“It was definitely not as easy as I thought it would be, emotionally, but it’s so worth it and our surrogate is such a nice person. My family absolutely loves her and I’m just so grateful.”

“Surrogacy is such a beautiful thing and we’re just so excited to welcome our baby girl. I’m so glad that we’re all doing this together. My family and my kids mean everything to me.”

Kylie and the family talk to Kim’s surrogate