Pregnancy makes women into super heroes, and not in the way you’d expect. Yes, the miracle of life is wonderful and all, but that’s not what we’re talking about. We mean pregnancy gives women powers that are the stuff of Marvel Comics legend.

To me this is the coolest power because if you’re in a diabolical mood, you can really weird people out. When I was pregnant, I could smell who was coming down the hall at work, and would call their name before I could see them. I could smell THROUGH THE WALL (or maybe an air duct) that someone was eating an orange in the next office, and I’d email asking about it.

Pregnant women aren’t allowed to drink, we’ve got to get our kicks somewhere. Happy, sad or dangerously angry, emotions during pregnancy are intense. If you’ve cried because you saw a nappy ad, or heard your baby’s heartbeat for the first time, you know what we’re talking about.

Embrace them and feel all the feelings; they’re part of your arsenal of superpowers. For example, when your partner doesn’t want to help you hang artwork in the baby’s room, mama, it’s time to go DEFCON ONE. Rain down all your fury on that person who dares refuse you when you’re growing a human. We promise, that artwork will be hung promptly. “What the heck?!” Mum gives birth one day after finding out she was pregnant

When you’re first pregnant, you sleep a lot. Naps, early bedtimes, kips on the train, in the car. Hormones make you tired, but we suspect the real reason for all that sleeping is to get you geared up for the incredible amount of energy you’re going to have in the second trimester.

This is the time when women nest with gusto. Houses are remodelled, Marie Kondo decluttering methods are employed, and mountains are moved by pregnant women in their second trimester. 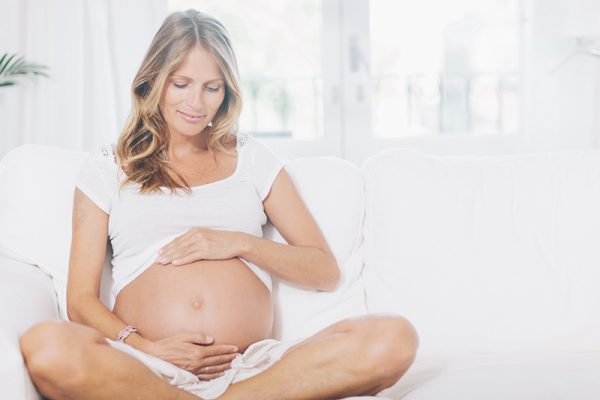 You know that thick, shiny magazine hair and flawless magazine skin that models have? It’s often thanks to Photoshop, but you can come by yours honestly. Increased blood volume during pregnancy can make your skin glow.

As for the hair, I’ve never had such luscious locks as when I was pregnant. It never seemed to fall out, and it just kept growing and growing until it was thick and long enough to give Rapunzel a run for her money.

OK – maybe pregnancy doesn’t make you super hot in a girls-night-on-the-town kind of way, but it does make your body temperature rise. When blistering winter winds are turning everyone’s lips blue you’ll be generating enough heat that infrared satellites can see you from outer space. This super power is more like kryptonite in an Australian summer, but even super heroes aren’t perfect!