When you are a child, it is a simple fact of life that it takes time to grow into certain things. From wanting to fit into Daddy’s work boots or Mum’s high heels, there are some things that will take years to grow into.

And that might just include the name your parents gave you.

While it is usually true that when we hold our newborn baby for the first time, we look for a name that will suit them right in that moment, and THEN we think about whether that name will carry them through adulthood. But if we were smart, we’d look at our baby name choices the other way round. After all, we are adults operating in a grown-up world far longer than we are children.

But there are some names that are just so intensely grown-up and mature, that it’s hard to envision them on anyone under 30 years old. Perhaps we are doing these names a disservice by putting them in the reject pile. So with this in mind, we have rifled through the old-and-stuffy baby names and found some absolute gems that would proudly carry any baby/child/adult through life. 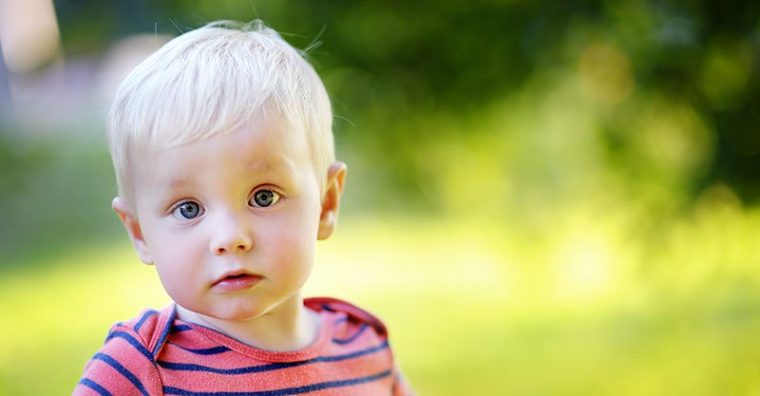 Here are our favourites:

A sophisticated name – do all Alistairs come complete with a top hat and tails? Alistair has Scottish Gaelic roots, meaning ‘defending men’. If it’s a name that tickles your fancy, you could always run with the short and sweet ‘Al’ when you’ve got a little boy on your hands.

A French name meaning ‘courteous, polite’, Curtis is a name that has done plenty of service as both a first name and a surname – and we all know that surnames as first names are making their way onto baby name lists everywhere. So Curtis needs a bit of serious consideration.

Another very grown-up name with Scottish roots, Douglas means ‘black water’. It is also a name given to one of the powerful Scottish clans, so if you like the idea of your young man having a connection to tartan kilts, dirks and crests, then this is the name for you.

If you are a lover of The Lion, The Witch and The Wardrobe series, you will already have a bit of a soft spot for the Edmunds of the world (even though he didn’t cover himself in glory in his tangle with the White Witch). The name is of English origin and means ‘fortunate protector’, which sounds about right to us.

A soft gentlemanly name, Fabian has Latin origins meaning ‘bean grower’. It is also impressively ancient, with a Saint Fabian and a Pope Fabian keeping this refined name in circulation through the centuries.

Don’t let the fact that Francis is usually shortened to Frank turn you off this little beauty – Francis is a beautiful name on its own and with Latin origins meaning ‘Frenchman or free man’, there is definitely something debonair about a little gentleman bearing this name.

It has to be said that choosing Ignatius for your little bundle of joy is quite the bold move. With Latin origins meaning ‘fiery’, Ignatius is a big name and one that will definitely take some growing into. But it’s the perfect name for an artistic young man who knows his own mind.

If you’re of a certain vintage, you’ll know and love Julian as the eldest of The Famous Five – the quintessential dependable older brother who is sensible and practical and all the things you secretly hope your own son will be. Julian has English and Latin roots meaning ‘youthful, downy’, which is lovely too.

Ignore the fact that it is often shortened to Larry or Lorrie – yikes! – and you’ll find that Lawrence is a fine, upstanding kind of name. Whether you choose to spell it with a W or a U (Laurence), it has Latin origins and means ‘from Laurentium’. And if the nickname options have you in a lather, you could opt for Lorenzo instead and keep things continental!

Malcolm is an immediately distinctive name that brings an air of sophistication to proceedings. A royal Scottish name that does double duty as both first and last name, it means ‘devotee of St. Colomba’ and demands to be used more often than it currently is. Bring back Malcolm, we say!

You may know the name Orlando as one of those that have been claimed by the hipsters of the world, but it actually has old and distinguished roots. Orlando is the Italian version of the much more staid Roland, meaning ‘famous throughout the land’.

Robert is a classic – it’s been in and out of fashion for the past century, peaking in both the mid-20s and the ’50s. And it’s time we brought it back again! Of German and English origin meaning ‘bright fame’, Robert has the lovely Rob/Bob nicknames to further recommend it. Just perfect for your busy little man.

Yes, Roland is the more straight-laced English version of Orlando (see above) but there is much to recommend this name too. A chivalrous old name that is celebrated in medieval poetry and song, you just know that anyone called Roland is never going to be anything less than tremendous.

There is so much to love about the name Russell – firstly, it is of French origin meaning ‘redhead’ or ‘fox-coloured’; secondly, it just rolls off the tongue so nicely. We just know that all the Russells in current circulation are softly-spoken, quietly confident gentleman who know how to move through world. And lastly, they get to claim the nickname Rusty, which is just so damn cute.

This lovely English name means ‘of the highest quality’ – and we think this is quite apt, because surely we can all agree that Sterling is a high quality name for the discerning young gentleman? 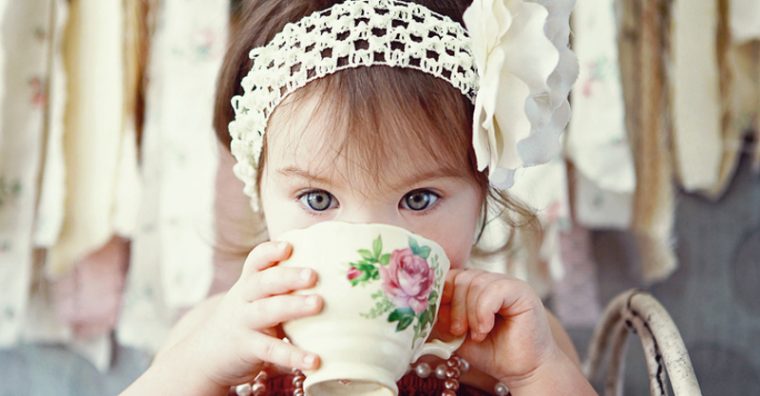 If you knew an Amanda growing up, odds are that she was a confident young lass with shiny, shiny hair. A Latin name that was top of the pops in the ’80s, Amanda – meaning ‘she must be loved’ – has since fallen out of fashion but is still a classic to consider.

For some reason, the name Camilla conjures an image of a horsey young lass who lives in jodhpurs and has pals called Portia and Penelope. Possibly unfair, because in truth, Camilla is a very pretty name meaning ‘young ceremonial attendant’ that any young lady could carry through life proudly.

Cecilia may well be the feminine form of Cecil – meaning ‘blind’ – but it really needs to shake off those associations once and for all. While Cecil is irretrievably daggy and dated, Cecilia has loads of spunk and get-up-and-go. The Cecilias of the world are going places.

Oh, Diana. Even before Princess Diana walked amongst us, this was a name to contend with. A name given to the Roman goddess of the hunt, Diana has always had regal associations and the fact that the name means ‘divine’ just gives it that perfect polish.

A beautiful and sophisticated name that has whiffs of the roaring 1920s about it, the thoroughly-English Evelyn means ‘desired’ or ‘water, island’ and is a name that should be put back into circulation promptly.

A lovely unpretentious Welsh name meaning ‘white ring’, you just know if you call your baby girl Gwendolyn, she is going to be a warm and loyal friend to all. There is something so reassuringly gentle and olde worlde about this name that we can’t help but love it.

OK, it’s time to forgive Heather for her mean-girl associations. We need to collectively agree to forget the movie that shares her name and give Heather another chance at life – because it really is a very pretty, floral name that evokes the moors and highlands of Scotland, where the name originates from.

So, Hermione is one of those all-in names – there is no good nickname to be had and the full name is a bit of a mouthful, particularly if you are seeing it for the first time. But once you have the pronunciation under control, you’ll fall a bit in love with this powerful name of Greek origin meaning ‘messenger’ or ‘earthly’.

All Imogens are beautiful. It is the law. OK, so maybe not but we have never known an Imogen who does not have a beautiful heart – which is just about the best reason to give this rather distinguished name some consideration. A Celtic name meaning ‘maiden’, it is a pretty one to put on your list.

If you’re looking for an alternative to the much-used Olivia, spend a bit of time getting to know Octavia. Sure, it was a name given in Victorian times to the eighth child – it means ‘eighth’ in Latin – but we can surely let this tradition go and just love the name for what it is: a timeless, feminine name that can hold its head high in a crowd.

Robyn with a Y is the feminine spelling of the boy’s name, Robin. And strangely, that Y makes all the difference. An English name meaning ‘bright fame’, the Robyns of the world are destined to be salt-of-the-earth types who are loyal and steadfast and all the things you mostly hope your little girl will be. We vote Robyn.

A rather romantic name, Rosalind has solid literary credentials as the heroine in Shakespeare’s play, As You Like It . Of Spanish origin meaning ‘pretty rose’, Rosalind had its heyday back in the 1940s and is long overdue for a reversal in its fortunes.

If you’re looking for a name that won’t ever truly go out of fashion, you can’t go wrong with Suzanne. A pretty French name meaning ‘lily’, it is a variant of the super-reliable Susan – but Suzanne brings a lot more pizzazz to the table. It’s amazing what a single Z can do, right?

Sure, it’s the name of a very luxe brand, but before we associated little blue boxes with the name, it was a lovely girl’s name in its own right. And it’s time we reclaimed it because it really IS a pretty name. A Greek name meaning ‘God’s appearance’, we think Tiffany should be considered more seriously than it is.

Have we saved the best for last? Perhaps. A sophisticated French name meaning ‘life’, Vivienne with the lovely -ienne ending totally exudes polish and elegance. And who doesn’t want that for their little girl?