There are countless chart-toppers both from the past and the present that feature names of fictional and real people. And while some of the names featured in songs are sweet, others really make you stop and think, “Wow, I like that name.”

So we decided to compile a list of the names in the latter category, for the combined enjoyment of all baby name enthusiasts and music lovers. Rock on in. 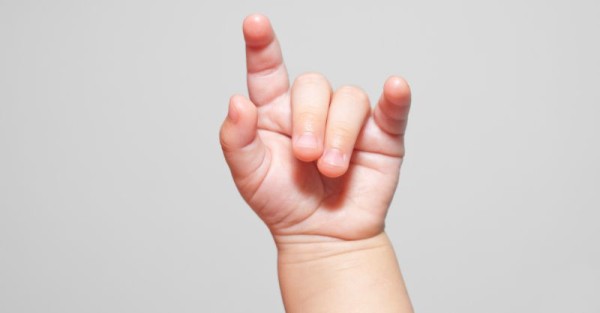 “Drew looks at me. I fake a smile so he won’t see, that I want and I’m needing everything that we should be.” – Taylor Swift Teardrops On My Guitar

“And the boy was something that mommy wouldn’t wear. King Jeremy – the wicked ruled his world” – Pearl Jam Jeremy

“You showed them all that giving can be fun. Connor, you got the life I want. Connor, I got it all so wrong.” – The Feeling Connor

“Oh Elias, I see you there at work in the day time. Do you think you answer all the questions in the world in just one word ? I think you could.” – Dispatch Elias

“The Angel Gabriel from heaven came. His wings as drifted snow, his eyes as flame. “All hail,” said he, thou Holy Maiden Mary.” – Sting Gabriel’s Message

“She likes me for me. Not because I hang with Leonardo or that guy who played in Fargo. I think his name is Steve.” –  Blessid Union of Souls Hey Leonardo (She Likes Me for Me)

“I wish that I had Jessie’s girl.” – Rick Springfield Jessie’s Girl

“Linden Arden stole the highlights with one hand tied behind his back. Loved the morning sun, and whiskey ran like water in his veins.” – Van Morrison Linden Arden Stole the Highlights

“In this world, we’ve got to find the time for the life of Riley.” – The Lightning Seeds The Life of Riley

“Working hard and dreaming heavy so Sebastian waits with faded breath tonight.” – Walk the Moon The Ballad of Sebastian Jackson

“Ben, the two of us need look no more. We both found what we were looking for.” – Michael Jackson Ben

“Sara spelled without an ‘h’ was getting bored on a Peavea amp in 1984, while Zak without a ‘c’ tried out some new guitars.” – Ben Folds Zak and Sara

“Oh Bennie, she’s really keen, She’s got electric boots, a mohair suit. You know I read it in a magazine.” – Elton John Bennie and the Jets

“Hey there, Delilah what’s it like in New York City? I’m a thousand miles away, but, girl, tonight you look so pretty.” –  Plain White T’s Hey There Delilah

“And I’d give up forever to touch you ’cause I know that you feel me somehow. You’re the closest to heaven that I’ll ever be and I don’t wanna go home right now.” – The Goo Goo Dolls Iris

“Layla, knock me on my knees, Layla.” – Eric Clapton Layla

“Isobel, living by herself in a heart full of dust lives a creature called lust. It surprises and scares like me.” – Bjork Isobel

“Picture yourself in a boat on a river with tangerine trees and marmalade skies. Somebody calls you, you answer quite slowly. A girl with kaleidoscope eyes.” – The Beatles Lucy in the Sky with Diamonds

“She walked up to me and she asked me to dance. I asked her her name and in a dark brown voice she said, ‘Lola’.” – The Kinks Lola

“Rhiannon rings like a bell through the night and wouldn’t you love to love her? Takes to the sky like a bird in flight and who will be her lover?” – Fleetwood Mac Rhiannon

“Billie Jean is not my lover. She’s just a girl who said that I was the one.” – Michael Jackson Billie Jean

“Goodbye, Ruby Tuesday. Who could hang a name on you? When you change with every new day, still I’m gonna miss you.” – The Rolling Stones Ruby Tuesday

“In the end there’s just a song comes cryin’ up the night thru all the broken dreams and vanished years. Stella blue. Stella blue.” – The Grateful Dead Stella Blue

Did you name your child after a famous song title or lyric? Make sure you check out all of our baby names posts for cute baby names from celebrities, movies, television series and much more.