Parents of students in Montessori schools will talk in hushed tones of reverence about how amazing their child’s school is. You may have even met a few yourself, and while you weren’t interested then, now that you have a bub of your own you really want to know what all the fuss is about.

Montessori is a form of teaching that supports the full development of the child — not just their academic ability — with its approach to education self branded as an ‘aid to life’. It was created by Italian physician, anthropologist and pedagogue, Dr. Maria Montessori, who after fifty years of intense scientific observation of children of different ethnic, cultural and socio-economic backgrounds from birth to teens, developed her unique education method based on a deep understanding of a child’s development.

According to the Montessori Australia Foundation, their aim is to inspire children to have a lifelong love of learning by teaching them in a way that follows their natural developmental trajectory within an inclusive and positive environment. In Montessori classrooms children are able to respond to their natural tendency to work with opportunities to engage in spontaneous, purposeful activities with guidance from a trained adult. Whilst a framework is in place, children progress at their own pace and rhythm in line with their individual capabilities which results in high concentration, joyful learning and self-discipline.

Why is it so popular?

There are currently over 22,000 Montessori schools worldwide and this number continues to climb. They have a long track record of success when compared to other educational methods, and their students are generally considered to be more confident, responsible and independent learners who trust in their own abilities.

The popularity of Montessori schools has no doubt been boosted by the offspring of the rich, royal and famous. Prince George attended a Montessori nursery school prior to starting Thomas’s Preparatory School in Battersea. Other notable Montessori graduates include Larry Page and Sergey Brin (founders of Google), Sean ‘Diddy’ Combs, Dakota Fanning, Julia Child and Anne Frank.

There are currently around 300 Montessori schools and centres in Australia. Programs are offered for children as young as eight weeks old through to the age of 18, and are available to children who attend early childcare centres, preschools, kindergartens, and primary and secondary schools. The majority of Montessori programs are run by non-profit community organisations but some are privately owned. There are also Montessori programs within several public schools and in remote or indigenous Australian communities. 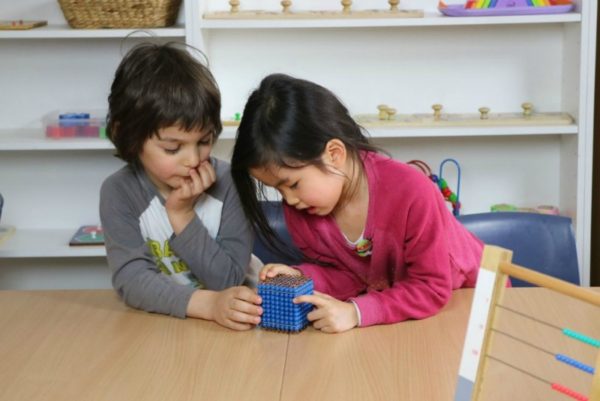 Here are the major differences between the teaching methods of Montessori schools and traditional schools:

Also important to note, Montessori is different from other ‘alternative’ education methods such as Steiner, which delays reading in children for a few years and their approach is arguably not as child-led.

Yes, unfortunately it is! For example, the cost of sending your three-year-old to a Montessori school will set you back around $3500 a term. This is on top of a hefty, non-refundable placement fee of $1700, then you have a bunch of additional fees on top of this. If money is tight, a Montessori school may not be the right school for you.

Is it worth it?

On the flip side, many parents believe the long term benefits greatly justify the cost with the results speaking for themselves. If your child is particularly independent and favours doing things a bit differently to their peers, then perhaps Montessori could be a great choice for them. Essentially though it really comes down to personal choice and financial capability. You should consider what you can honestly afford before you commit.

For more information on Montessori teaching methods or locations of schools and centres, head to the Montessori Australia Foundation.

Are you interested in a Montessori school for your child or another alternate education?