As a new mum, finding a mothers’ group is one of the best things you can do, I just didn’t think it was for me

When I became pregnant with my first child, I really didn’t know what I’d signed up for. But there was one thing I did know: I would never join a mothers’ group. Why would I want to get together with other mums and talk about babies? Surely, I wouldn’t have the time, and I certainly wouldn’t have the interest. I already had several close friends, who’d recently had babies. They would be the ones to turn to. Not a group of strangers with no shared history.

So, my baby arrived and didn’t do anything she was supposed to do, according to the books I was furiously reading in between feeds. Trying to navigate my way through this new world into which I’d been so willingly thrown was not as easy as I thought.

Get me to a mothers’ group!

I went to see my local early childhood nurse in a panic as my baby had developed a rash. It was the height of summer, and for some reason, we had dressed our poor child in too many snuggly clothes and blankets. The lovely nurse explained it was probably a heat rash and stripped her down to a singlet and nappy. I must have looked like I was in need of help because she suggested I come to a meeting with other mothers in the area. In my newborn haze, I promptly forgot any previous opinions on mothers’ groups and couldn’t say yes fast enough.

I came to the first meeting, and of course, my baby was the only one to cry. Pretty much the whole time. Everyone else’s child slept beautifully until waking with a little gurgle, only to be efficiently breastfed, and put gently back to sleep. I’m sure that it wasn’t quite like that, but that’s how I remember it. Still, I pushed on.

We started meeting regularly at the community centre. Twice a week. Plus, a gathering in the local park. We even took turns in hosting a weekly morning tea. Before you could say ‘babyccino’, I quickly jumped from being totally disinterested in a mothers’ group, to one of the most committed members. I couldn’t believe how much I needed this group of women, who provided support, understanding and a wonderful sense of community. 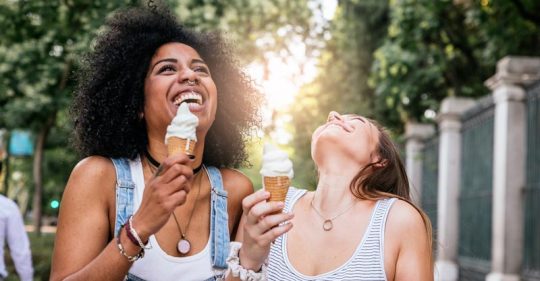 We may not have had a shared history, but it didn’t take us long to create one. We’d never met before, we had different backgrounds, but we suddenly had so much in common. Our babies were all going through the same stages, reaching similar milestones, not sleeping through the night, cutting teeth, starting solids. Whatever was going on, I had someone to discuss it with, and while I still loved spending time with my other friends, their babies were six to nine months older with completely different things happening. No one else really wants to hear a detailed description of your breastfeeding journey or a blow-by-blow account of your sleepless night. And fair enough. But in my mothers’ group, that was exactly the sort of information we could happily share.

Sadly, we’ve now all moved away. Our kids are growing up and many of us have gone on to have our second, third, even fourth child. While we stay in touch via Facebook and occasionally catch up, we don’t see each other like we used to and probably never will. But I’ll always treasure that time we shared. My mums got me through a period in my life where everything was so new and puzzling, and I can honestly say, I don’t know what I would have done without them.