Parenting is hard. It’s tiring. It’s non stop. You get into a rut with it and you get tied down to its routine.

By the time that precious “the kids are asleep let’s have some adult time” rolls around, where you collapse on the couch, maybe with a glass of wine in hand, you’re both often too tired to even have a conversation. The TV gets flicked on and you zone out.

That or you missed the ‘adult time’ boat altogether by falling asleep with your little loves when putting them to bed.

It’s easy then, and also pretty normal, for the ‘us’ part of the two of you to take a beating. For the connection, that was once so effortless pre-kids, needing to be rekindled or worked on.

Well, last night we rekindled ‘us’ but it was at the expense of being good parents. And now I know that from time to time, this is exactly what we need to do.

A day sleep hijacked our night

I stupidly took both my boys to IKEA (and you can read about why this was so stupid here) and as such, they fell asleep in the car on the long drive home.

Thanks to that damn late day sleep, our nightly routine was out of whack.

“They are not going to go to sleep tonight at any reasonable hour,” I told my tired husband when he walked through the door.

“The car nap has hijacked our night,” I laughed as I made us coffee to fuel us for the long night ahead. One that would include nagging them to eat their dinner, a marathon session of bedtime books and curtain call after curtain call as a little person who just can’t sleep keeps popping out to say hello.

But then we had an idea! “You know, we should just be bad parents tonight,” my husband said.

“Let them eat chicken nuggets for dinner so we don’t have to fight with them, give them dessert in front of the telly and put Peter Rabbit on continuous play until they fall asleep.”

“I can’t even be bothered with the bath, ” he added.

“Then we can hire a movie, one that WE want to watch, and just check out.”

I was on board.

I couldn’t be arsed mumming either. I was done. IKEA had drained me of any parenting energy I had left in me.

So we plonked the boys in front of the rabbit, about the time they would normally be in bed, with a bowl of ice cream (they thought it was Christmas), and retreated to the study. 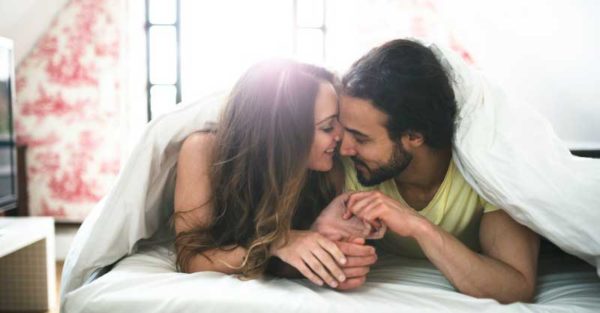 We dragged the spare mattress into the room and tossed some pillows on it. Within minutes we had created a comfy telly haven. I dimmed the lights and my husband found the perfect ‘us’ movie. One that we both found hysterical, but wasn’t too girly/romantic or blokey/action-y. If you’re wondering, it was Game Night and I highly recommend it.

Then we also indulged in ice cream in front of the telly. I snuggled into my man and he put his arm around me. We were ‘us’ again.

As it got later and later, it felt more indulgent to be watching our telly.

The kids were STILL awake. We were still ignoring our parenting responsibilities, but it felt like for once we were prioritising our relationship and also, ourselves. Doing what we wanted for a change.

Eventually, it worked. Our little loves fell asleep on the couch and after a quick transfer to their beds, we returned to the study/pillow haven to watch the END of our movie. Without interruption!

That night, we didn’t have to share our bed with a little snoring body, either.

So next time you need a bit of ‘us’ time and can’t effort a babysitter, take a note out of my bad mum book. The kids won’t die if you take a night off from parenting. And if you do, it might just be the best thing for your connection with your big love.