It was a sunny Sunday morning, and I thought I’d kick the day off with a long, uninterrupted shower. The scene was set: my four kids were all busy doing their own thing and playing like angels. We had no place to be, no busy plans that meant I needed to rush through things so we could get out on time.

This was a special morning, indeed.

I thought about the hot water that would soon cascade over me, and how relaxing the steamy room would be, with just me in there … alone with my thoughts.

Pure bliss, I thought, as I stealthily crept up the stairs, making sure none of the kids noticed my disappearing and suddenly needed me for something. Their dad was with them, so he could take field requests while I was gone. I grabbed my towel and shut the bathroom door behind me, and clocked off mum duty, for at least twenty amazing minutes. 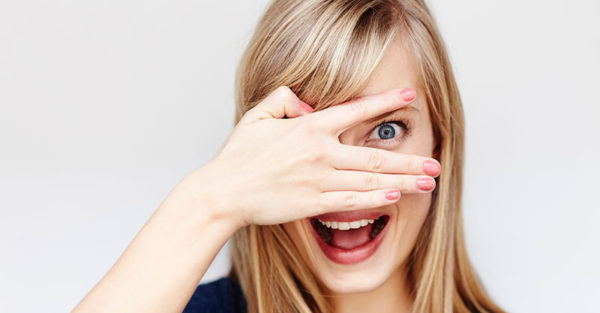 Standing under the hot water, feeling my worries wash away, I had about two of those amazing minutes before there was a knock at the door.

‘Mum!’ a voice called from behind it.

‘Mum!’ The door opened, and my daughter appeared. ‘I want to come in the shower with you!’

I mean, come on! This was my one long shower of the week. Surely I deserved just twenty measly minutes to myself? I watched my daughter’s face fall and immediately felt guilty. Our weeks are always crazy-busy and it’s so hard to spend quality time with each of them.

So the two of us squeezed together under the water and I washed her hair, thinking that at least this way I could make sure she was well and truly clean. Plus, I knew how happy I’d made her. I looked down at her beaming face and decided it was still a lovely shower time, even if my body was partially out of the water and freezing cold.

Then, the next knock at the door.

The door pushed open and in came one of my twins.

‘Mum, I need a poo.’ he said, and popped himself on the toilet.

‘Can’t you use the downstairs toilet?’ I asked, as the smell of poop quickly filled the air, compounded by the warm steam from the shower. Suddenly I didn’t feel so clean.

Even though the room now stank, I left him sitting there while I finished washing my daughter’s hair, and then the door opened again (no knock this time), as my older son entered the room, holding his iPad excitedly.

‘Mum I got my favourite player!’ he said, gesturing at his soccer game.

‘Awesome, hun! Good job!’ I answered, trying to shield my naked self behind my daughter. I’m all for promoting a healthy body image, but I was starting to feel pretty darn naked in that small bathroom full of kids. Plus I was freezing as cheeky daughter had pretty much squeezed me right out of the hot water.

‘Mum, I’m finished.’ said my four-year-old on the loo, ready for me to help clean him up. 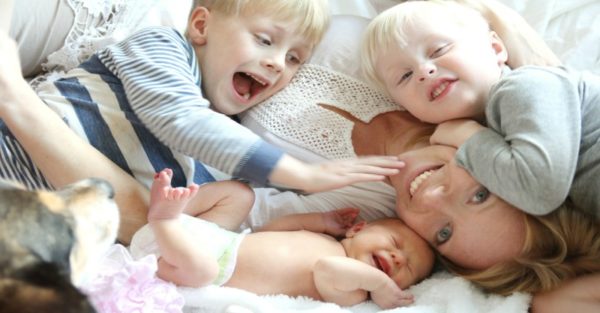 This shower is OVER

Sighing, I decided it was time to call it a day. The shower was over – but hey, at least I’d got those two minutes, right at the start!

I dried myself off and helped my little man clean himself up and wash his hands, and in the middle of all that, his twin brother walked in, to see where everyone was.

I could have cried a little by this point. Within five minutes of my precious hot shower, I’d been surrounded by all my kids, who, like most other kids, have this built-in radar for sensing when their mum is elsewhere and has removed her attention from them.

It’s the same radar that makes them suddenly need you when you’re on the phone, trying to pee in private or steal a few minutes on social media. You always think they’re happily occupied, but attempt any of these things and they’re right by your side, desperate for your attention.

It’s a survival thing. Or something.

I learned in a lecture once that this was all part of kids’ attachment systems, which get activated when they sense we’re not available. It’s like a survival thing – back in the cave days if mum wasn’t around, that meant starvation and death. Or something like that.

As I got dressed and watched all my kids disperse happily, now that they knew mum was back on the scene, I only felt mildly disappointed. There would be more private showers. Maybe not for another decade or so, but my time would come. For now, I had to let my kids be kids, and I was okay with them needing me, even if it meant alone shower time stayed off the agenda for a while.

Besides, it was a great excuse for booking a much-needed hotel break. There are some great deals around.