I’ve been having a bit of a rough time of late and as such, I’ve dropped the ball on every aspect of my life including parenting. I’ve been a bad mum but I’ve had to be. But I’ve also learnt something that I think is very reassuring as a mum.

Stay with me and I’ll share this with you, too.

I’m not that well at the moment

I have a chronic medical condition which means from time to time I get sick. I grow tumours and you can read more about that story here if it interests you. I’m not very sick now, well not as sick as I’ve been in the past, but I do have something going on which is knocking me down from time to time.

I’m deaf in one ear and for the past few months I’ve had these weird vertigo attacks which are combined with a sudden decrease in hearing in my good ear. It’s like a recurring ear virus, except it isn’t an ear virus, but part of my disease. When this happens I can’t function. I have to spend a couple of days in bed because the world is moving. My balance goes on me, I can’t hear very well and my vision flickers. As such, I can’t drive, walk properly, work or just mum as I normally would. It tends to last a day or so and gets better as the week progresses and the drugs I’m on to manage it kick in. But then sometime later, it hits again.

I have the BEST family

Now I have all the support and love I need. But anyone who is a mum knows mums aren’t allowed to get sick. When we get knocked down, well, we just have to get back up. But then there are the times when I can’t get back up. My husband takes over, takes time off work and just takes care of us all. We are SO lucky to have him! I have to turn into the bad mum

During these ‘daddy on duty’ times, I’m out of action. This is when I become the bad mum. The lazy mum because she has to be. The mum who is in survival mode.

When I am the mum who is forced to stops trying so hard I:

Let my kids do whatever they want. I don’t have the energy to entertain them or to reel them in.

Let them eat whatever. I don’t have it in me to insist they eat fruit and refuse afternoon snacks so they’ll eat their nutritious dinner.

Let them be naughty. I don’t have the capacity to discipline them.

Make eggs on toast for dinner, or we eat from the freezer.

But what does this mean for my kids?

At first they’re high on life because I am saying yes to all of their requests. They laze about in front of the TV in their pyjamas … but then something happens.

They get sick of it.

Pretty soon, they forget whatever is on TV and they’re outside chasing each other around the yard with their dump trucks.

They get sick of eating crap and start ASKING for a banana.

They get used to me ignoring their bickering and fighting and start to find ways to sort out their own problems, or just get over them, because they know I won’t intervene.

They bring me books to read to them, because they feel like hearing a story in their own time.

They gobble up my lazy dinners of eggs on toast because it’s simple and bland.

They invent their own fun and play imaginative games because they’re minds are free and there are no forced activities.

They pull out the puzzles and other educational toys.

They are happier because I’m not in such a bad mood from yelling at them all bloody day.

And yes, they are still naughty but they are also something else … 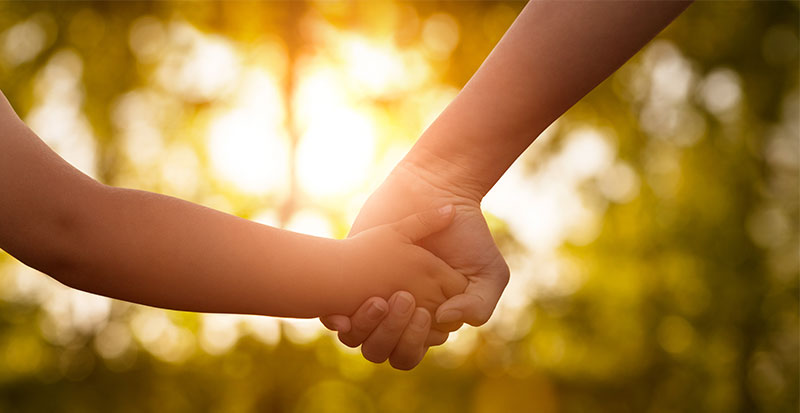 They are better little humans

When my boys see their mum crumple, they surprise me with their compassion and love. My two-year-old tells me he “wants to make mummy happy and smile” as he gives me cuddles when he senses I feel down. My four-year-old holds my hand to help me walk as he leads me to the garden to show me a cicada because he knows my balance is off.

“Don’t worry, I’ll help you mummy,” he says sweetly as he walks so slowly and carefully. They are loving. I talk to them about taking care of me as well as me taking care of them, and they step up. They understand what it means to be a part of a family.

For all the time I spend stressing about them not eating their broccoli, having too much screen time, not giving them enough educational activities, letting them have too much sugar or not being as good on the discipline front as you like, I’ve realised it doesn’t really matter in the bigger scheme of things.

Parenting is a marathon, not a race. And we have to look at the finish line (not that it really finishes when they turn 18, I suspect). As long as we are the biggest and best example in their lives, they are going to be just fine. We have to trust in their good natures. Guide them yes, but allow ourselves to drop the ball, and who knows, they might just surprise us when they are given the opportunity to step up.