I don’t know your name but your face is now ingrained in my memory. I won’t forget you. Nor will I forget today.

Today was possibly the worst day I’ve had as a mum so far. I feel broken from it. I feel traumatised. I feel like I need to go to a mum relaxation camp, if there’s such a thing. Instead I’m drinking wine and thanking the universe for the likes of you.

What happened today has probably happened to every mum I know at some point, to varying degrees. My four-year-old lost it in public. But it wasn’t just a regular tantrum, it was a full blown meltdown, and it was scary.

There was violent kicking and his screaming was so loud that shop owners came out to see what the commotion was. People dodged us as my husband carried our wailing little boy through the mall like he was possessed.

The worst part though was all the dirty looks we copped along the way. Each glare and shake of the head stung. There wasn’t even a sympathetic nod or a kind word from another parent. Instead, we were being judged for not being able to control our son who had completely derailed. It was horrible. Horrible. 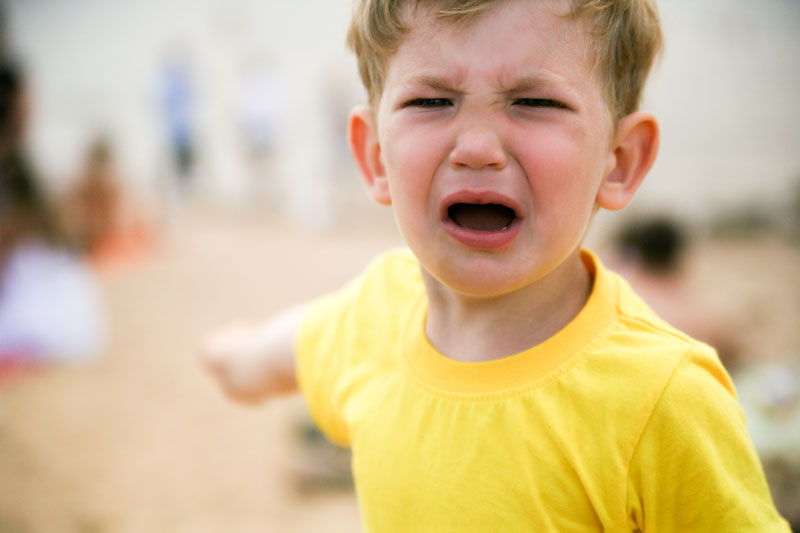 My son has ASD, but that’s not the point

My son has mild ASD (autism), so when he has a meltdown, he really has a meltdown, but this isn’t about that. While I’ve developed strategies for dealing with his meltdowns (and trying to avoid him having them in the first place), today threw me. I couldn’t calm my boy. I couldn’t stop him from spinning off the planet and I couldn’t stop other people from making me feel like a shit mum. And the ‘other people making me feel like crap’ bit is really what made today so awful.

It was all over sushi

What caused the meltdown? Avocado baby sushi. Well, not really. It was brought on after I told my son I wasn’t going to buy him any after he hit me while we were waiting in line to buy some. It was discipline but what started off as just a regular tantrum, quickly escalated into something far more sinister and uncontrollable because of where we were – the shops. The bloody noisy, sensory overloading shops. Sigh.

Then you came along

I was crouched outside cuddling my other little boy as much for his comfort as mine, when you approached me. I must have had a look of horror on my face though as I was watching my poor husband trying to scoop up our eldest as he thrashed about on the ground, right in front of the automatic doors. They were opening and closing, while annoyed people stepped over him and cursed us under their breath.

You didn’t say a word

You didn’t say a thing to me but your eyes said it all. You had been where I was.

You looked about 60, so I’m guessing you might even be a grandma. But I don’t know. I do know though that you’d raised kids of your own. You just had that ‘been there before’ sympathetic expression.

Then, you cupped my face in your hand like I was a child myself. You gazed softly into my eyes and they welled with tears. In that moment, I felt understood. And I was no longer mortified by the publicness of my son’s meltdown.

You stayed there a moment and just nodded. Thank you. It’s what I needed.

A little mum camaraderie and empathy is what we all really need sometimes.