A new study has found that when dads get to spend more time with their kids in those vital early days, they are less inclined to want to grow their family.

So what’s this all about? Well, Quartz reports that back in 2017 Spain brought in two weeks of paid paternity leave for most new dads.

More than half of the new dad population took up this offer, and the two weeks were quickly extended to five weeks paid leave for dads by 2018 (with more increases slated for the future.)

Experts have been studying the effects of this policy shift and one particular consequence is very, very interesting. “In a study published in the Journal of Public Economics economists Lídia Farré of the University of Barcelona and Libertad González of University of Pompeu Fabra estimate that two years on, parents who had been eligible for the newly introduced program were 7 percent to 15 percent less likely to have another kid than parents who just missed the eligibility cutoff,” Quartz reports.

As the years rolled on, some families did start to have more kids, but at a lower rate than families where dads didn’t take paternity leave. It seems that when dads took a more active role in parenting, they refocused their perspective, perhaps realising how difficult the job at hand truly is. 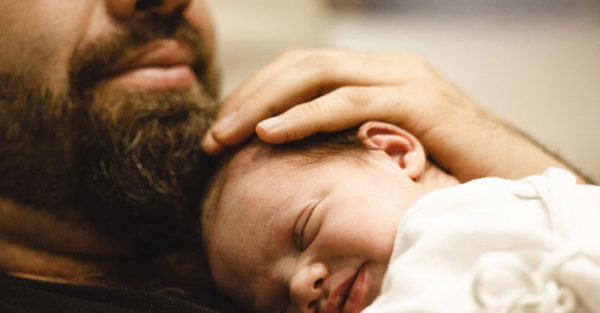 “Spending more time with their children—or the prospect of having to do so—may have made men more acutely aware of the effort and costs associated with childrearing, and, as the researchers put it, ‘shifted their preferences from child quantity to quality’,” the Quartz piece theorises.

Very interestingly, the women in these families began to show an opposing trend. They were keen to have more kids, possibly because they were feeling better supported and more positive about the future.