Our new podcast 2 Judgy Mums unpacks the triumphs and tricky bits of parenting, and this week it’s sparked a discussion about the ubiquitous little white lies parents tell their kids in the name of some gosh-darned peace.

We headed to Facebook for a bit more of this real talk, asking parents “What little white lies do you tell your kids?” Babyology mums and dads were thrilled to spill the beans, revealing they have been merrily fibbing themselves silly, telling porky pies about everything from Santa’s surveillance powers to how very, very broken all the things kids love the most are!

We kicked off with an emergency service reference – and things got rubbish-y with a side of Big Brother from there.

“The blue emergency phones on the expressway are for children that don’t behave in the car,” one mum tells her kids. “We drop you off and you use the phone. The police come and you explain your poor behaviour!! Worked a treat.”

“I will tell my toddler to behave in the shopping center because the lady cleaner will put them in the bin,” another exhausted parent told us.

Another mum opts for asking, “Do I need to check the security cameras?” if she suspects her child is not telling the truth.

Many parents found lying through their teeth was often the only way to keep little tummies filled. It was simply for their own good. Snort.

“My daughter won’t eat ‘sea creatures’ so it’s chicken!” one mum told us. “And kidney beans are actually chocolate beans, that one’s been running for about 3 years so far.”

“My kids won’t eat salmon but love pink chicken!!” someone else chortled.

For other tired parents, their own bellies were the priority.

“Any time the kids want something I’m eating, I tell them it’s spicy,” a cheeky parent admitted. They have a spicy system. 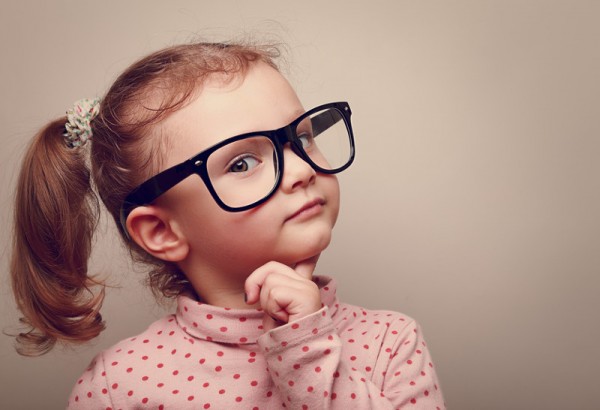 Watch out for Santa!

Poor Santa became the ‘bad cop’ for a lot of worn out mums and dads … and honestly? We kind of understand.

Riffing off this theme, another parent made it clear that every single misstep was witnessed by the bearded gent.

“When the light comes on on the motion sensors for the security system, that means Santa is watching,” they told their child. #Shudder

Many parents would stop at nothing to avoid the playground, shops or burger joint with their melting-down preschooler.

“The park is closed” and “McDonalds is closed!” and “the ice cream shop is closed” were among their fibs.

Others were less than keen to pump their hard-earned gold coins into anything that rocks, rolls or whizzes about, telling their children “when the lights are flashing on those little kids rides in the shopping centres, it means it’s broken and needs to be fixed!”

It’s plain to see that most parents are loveable, fibbing monsters and we could not love them more!