There are times when it’s best to take your child straight to the doctor – little did I know this was one of them.

Naturally, as parents, we do whatever we can to keep our children safe. However, it can be difficult to find that balance between being caring and cautious – and wrapping them up in cotton wool. Showing that you love them and are there for them, without running off to emergency every time they so much as clear their throat.

But the day my daughter broke her arm, we didn’t quite manage to find that balance! In fact, we let the situation go for a week before getting an x-ray.

Keep calm and carry on

As my children grow up, I find there’s no end to their various ‘ailments’. There are constant cuts, bruises and weird aches and pains, not to mention a constant need for bandages and ice packs. As a result, I try to respond as sensibly as possible, only going to the doctor when I feel we really need to.

Growing up back in the ’70s, things were very different. If we felt unwell, we were told to go for a ‘nice long walk’. And one of those occasions, I actually had infected tonsils. My parents didn’t even own a thermometer. Quite frankly, I don’t know how I managed to get through my childhood unscathed. 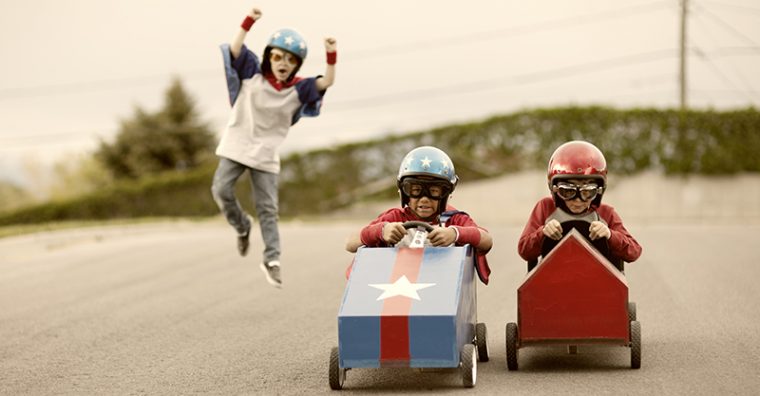 Probably as a reaction, I’m a parent who errs on the side of caution. I try to be calm in my approach, but usually pop off to the GP just to make sure. This was the one time I didn’t. Probably not one of my best parenting moments. But we make decisions all the time about our children. Some are great, some not so great. We can’t feel bad about every time we get it wrong.

To be fair, it could have been a sprain. My daughter was playing in the garden with her sister and fell over on the grass. She said that her arm hurt so we bandaged it up. The next day, she went off to school and while it ached a little, she got through the day with no major problems. We told her that if it was still sore in a week, then we’d go to the doctor.

One week later, after her dance concert and birthday party, her arm was still sore. So as promised, we visited our GP who gave us a referral for an x-ray. We went straight to the clinic, fairly confident that this was nothing serious.

Until the moment when we were awaiting the results. The woman at the front desk, so warm and friendly when we arrived, approached us solemn-faced, relaying in hushed tones that my daughter’s arm was in fact broken, and we should go straight to the emergency department.

The break was only very small. It had already begun to heal, and the plaster was not on for very long, which was lucky as it was just before the start of the summer holidays. Plus, there were five other broken arms at school that week, so we weren’t the only ones.

Of course, I still feel bad about my delayed response, but I’ve firmly had to tell myself that we made the best decision in the moment. My daughter was still using her arm and being active. And when the pain didn’t subside we followed up with an x-ray. Even the GP who gave us the referral thought it unlikely to be broken.

Fortunately, nothing else has broken since, but after that experience, we do run to the x-ray clinic at a moment’s notice, probably more than we should. It’s better than wondering, and my kids actually enjoy it. They get to watch the English version of Pointless on the big screen TV and have water from the water cooler, while I get to go home feeling, just for once, like the best parent ever!