Samantha said she’s faced some challenges getting her son Levi to participate in family photos, but she hit on an excellent solution which was too good NOT to share – and it involved Levi donning an amazing dinosaur suit.

Uploading her gang’s dinosaur-themed snaps to Facebook, Samantha said not only did she find a way to make Levi feel more comfortable, but that she would not have had it any other way.

“Levi and Lola love Jurassic Park, but Levi is autistic and hates his pictures taken. He always says ‘I don’t know what to do with my face.’ I found a way around that by buying him a T-Rex suit and letting him wear it for ‘family photos’. Absolutely no regrets.” 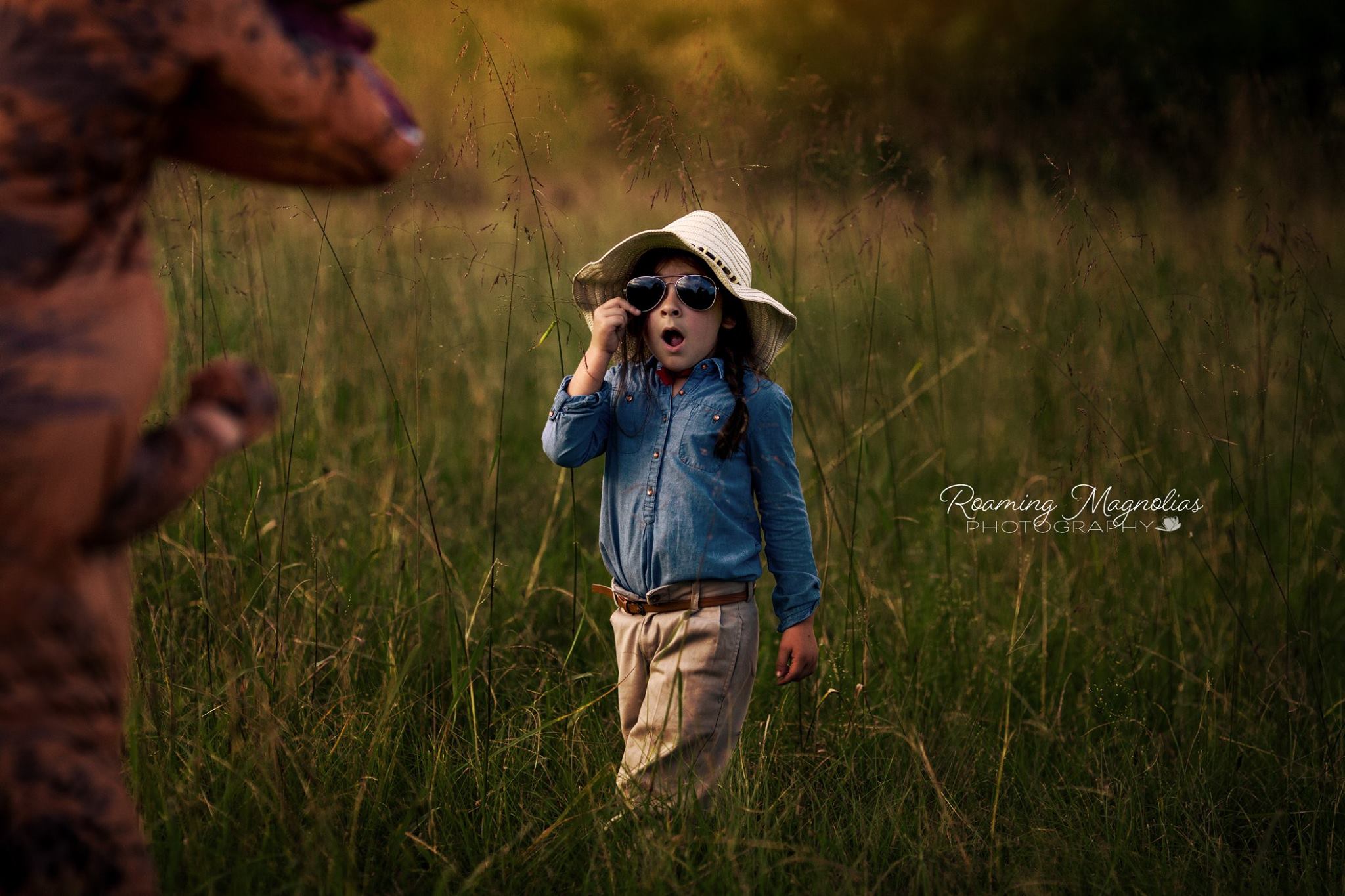 all images by Roaming Magnolia’s Photography

Many children with autism find having their photo taken stressful. For some, avoiding eye-contact has meant that they may be exposed to fewer smiles in their early years. This lack of modelling can mean they may be slower to smile,  A Parents’ Guide to Early Autism Intervention author, Kim Kaplan says. Kim also notes that some kids may have other physical challenges that prevent them from smiling easily.

We’re not sure of the story behind Levi’s self-consciousness in front of the camera, but it’s interesting to note that it’s a challenge other people with autism deal with.

We love it that Samantha came up with a way to document her growing family, while making sure that Levi felt okay. Or should we say … felt ROARSOME?!

Of course, because it’s the internet, lots of people decided this family’s happiness should be taken down a notch. They asserted Samantha was an attention-seeker and said her focus on her son’s autism was irrelevant. Sigh.

This kind of contrary and cruel trolling beggars belief.  Samantha hit back, with a detailed glimpse into her life with Levi – and brilliantly doubled-down on her celebration of his abilities – and autism.

“While many people don’t see why his autism or other special needs have anything to do with this shoot, I think many will,” Samantha posted on her This Life With Levi Facebook page.

“This is him in his element. There are no forced smiles, no bribery, no pretend happiness. This is the goofy, hilarious, kindhearted boy I was given. Because of his special needs he has a near photographic memory, he is as blunt as they come, he can build anything, and he is hilarious and brilliant. And so I choose to celebrate his ‘labels’ and teach him to use them to his advantage rather than see them as an obstacle.”

I've received a lot of grief from various people for this photoshoot. Many people said stating that he has autism was…

Posted by This Life With Levi on Wednesday, 26 September 2018