A recent comic by Victoria Bolduc has hit a nerve with a number of fellow mums. Particularly mums who feel like they consistently capture special moments between their partner and bub … without getting the same documentation in return.

On the left side of the comic we see a dad with his child, beautifully framed with stars glistening in the background. On the right we see a mum with a crazed look in her eyes, baby flailing in her arms.

Posted by Art by Victoria Bolduc on Monday, 4 March 2019

Beneath the post are copious comments of “painfully true” and “this is spot on”, and when you look at the conversation the comic has generated on both Instagram and Reddit as well, it’s clear that there’s a truth in this drawing that really resonates.

“I’m constantly getting these amazing, meaningful shots of my husband with our kids,” one mum wrote on the Reddit thread. “Then you look at the dozen or so photos my husband has taken of me with them, and I always have three chins and the kids are mid-blink.”

Another shared, “My SO (significant other) would tell me I wasn’t enjoying the moment because I was taking a picture instead. Fast forward a few months and he realises that we have a TON of pictures of him and our son and have NO pictures of me with our son that aren’t selfies and he says, “We really need to take more pictures of you two together.”

“NO, babe. YOU need to take more pictures of us together!!!” is her exasperated response. 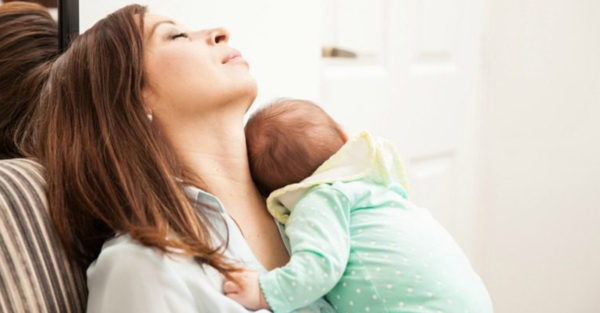 See more drawings that sum up life as a parent:

So, where do we go from here?

In the comments, it seems a lot of husbands shake off any request for “better photos” with the excuse that they simply aren’t good at taking photos. Others say that their partners need to learn to “live in the moment” when they’ve asked for a photo.

While photo-taking doesn’t come instinctively to everyone, every parent deserves to have photographic memories with their child. And not just selfies. And definitely not just “ah well, doesn’t matter if it’s blurry and there’s spew on my top … at least I have it” type memories.

After all, our babies are only babies for the blink of an eye.

To all parents who resonated with this comic – never feel like you don’t deserve those photos. Never stop asking for them. And to any partners out there who are lax behind the camera … just learn to take the photo. It means a whole lot more than you realise.