If you’ve taken your family to Community Christmas carols, you’ll know it is happy mayhem.

Picnic rugs are sprawled all over the grass, making it hard to step, and children abound with glow sticks and smiles.

You can’t help but feel jolly

Until your child gets lost …

This happened to a dear friend of mine, Emily, at our local carols on the weekend.

I ran into her while she was minding her youngest at the oval’s playground. I’d taken my boys there too, to play while we took a break from bopping to Jingle Bells.

The playground was chaos. It was choc-a-block full of kids high on candy canes and life.

After telling me her husband was watching their older boy in, ‘the carols mosh pit’ of kids, suddenly the playground started clearing out.

Santa had arrived and was making his way to the stage!

So we left too. Returning to her blanket and clutching her tot’s hand, my friend tells me she had a sick feeling in her tummy. In all the chaos, she just knew her older kiddo, Ned, aged six, might get lost in it, even though dad was watching.

One second his mop of red curls was being tracked like the moving dot on Google maps on a road trip, and the next, he had vanished in the sea of kids.

His dad didn’t panic, after all, it’s just the local carols, but he ventured into the whirlpool anyway to look for him.

By then the Santa excitement had turned the ‘mosh pit’ into more of a washing machine on steroids and Ned’s dad couldn’t find him.

But Ned knew what to do!

When he got disoriented and lost his dad, little Ned started to cry and wandered off. He felt anguish and confusion.

Then, he remembered what his parents had told him over and over:

“If you ever get lost, go to someone safe – like a mum with a child or a person in uniform, such as a police officer.

Well, Ned was lost. His dad hadn’t found him and as such, panic had started to set in.

“Is he walking home in the dark?” my friend fretted, about to send her husband to trace their steps while she stayed and looked, with the help of a few people. 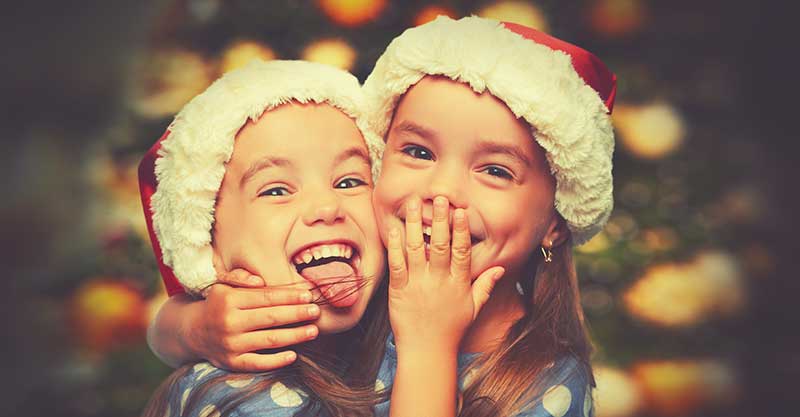 The next thing, Santa appears on stage. All the kids screamed when he let out a “ho-ho-ho” but, he was clutching non-other than little Ned’s hand. Handing him the microphone, Ned said in a small, shaky voice. “I’ve lost my parents.”

Within seconds his dad ran to the front of the stage and lifted him down, just before Santa rocked Rudolph the red nosed reindeer – and the crowd totally lost it, of course.

While Ned’s face was tear-stained, it was also glowing.

After all, he’d just had a personal encounter with every child’s biggest celebrity. Santa!

Oh, and he’d been returned to his parents, of course.

But I have to say, good thinking Ned!

Because, to a kid, Santa is probably the safest person there is on the planet.

Plus, he IS a person in a uniform …