Most of us parents have been there and lived it. And for those of you who are yet to do so, be warned, your time will come.

This was me just three weeks ago. There we were, the whole family, sitting having ice cream at a café. Mr Three suddenly looks up and shouts, ‘I don’t like your hairy ball sacks’ at the top of his lungs.

I snorted ice cream. My husband turned green and Mr Eight (who, of course, had taught him the offending statement) almost wet himself laughing. Passersby gave us a wide berth, and we have never left a café so fast.

But the story doesn’t end there because, not content with saying it once, Mr Three continued his rant. The street echoed with his repetitive shouts and by the time we got to the car, every male in town had been told of their offending appendages.

Been there, done that

When I told friends of this incident, many of them nodded. They too had experienced similar embarrassments. The stories came in thick and fast:

“When Ruby was in prep, she told another mum that I was in bed at home asleep because I had drunk 17 bottles of wine. I was in fact at work and did not consume any wine at all that night. But when this mum told me, I was absolutely mortified.”

“Felix told his preschool class that his fave dinner was ‘spaghetti marijuana’.”

“I was in a very long queue at the bank and there was a woman with a long skirt. Her young daughter lifted her mum’s skirt and hid underneath. About three seconds later she pops her head out and shouts, ‘It stinks in here’. I’ve never seen someone leave a place so fast.” 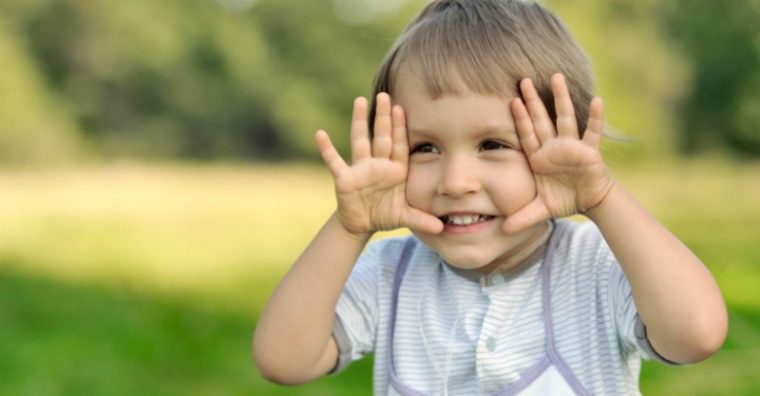 “I was talking to a lady who was probably in her 50’s and Maddy said, ‘Mummy, she has a baby in her tummy’. All I could do is pretend I couldn’t hear her.”

“Fianna was about four and, jumping on the trampoline with her brother when she starts crying and calling out really loud, ‘Declan kicked me in the P-JINA’ (repeat repeat repeat). I could hear the neighbours giggling.”

“Standing in a queue with my daughter next to a very ‘large’ gent in a T shirt a tad too small for him. My daughter asked out loud, ‘Daddy, why is that man’s tummy hanging out”. I can’t remember how I changed the subject at the time.”

“After hearing about the birds and the bees: ‘Mummy, did it tickle your vagina when daddy put his penis in it?’ She waited until we were at the pool with lots of other families before yelling that out across the water.”

“In the UK, we have a gaming shop called CEX. When shopping one day, my youngest screamed on the floor of the shopping centre, ‘Mummy, you promised me a present from the CEX shop’ and then proceeded to repeat the words at least 2889398839 times.”

“When my son was about four, my husband decided to cart him off to golf lessons. One time he was away overseas, and I had to take Ethan. I was in a bit of a bad mood and got lost on the way so I might have been a bit sweary in the car. When we got there, Ethan introduced me to the golf teacher by saying to him, “This is my mum; she said ‘fuck’ all the way here.”

Of course, it’s not just only parents that are at risk of being humiliated by their little ones. It can happen to their babysitters too, as Emma experienced firsthand.

‘I was taking my 3 year old charge to his dad’s office and we were inside a very silent, very full lift in a high-rise building. He tugged on my arm and said at full voice into the silence, ‘Fuck, it’s a long way up, isn’t it?’ TOTAL MORTIFICATION!

This article was first published on Feb 8, 2019