Cutting your little one’s soft, wispy hair for the first time is such an emotional thing. I get it. I really, really do. In fact, I get it so much that I held off taking my little guy to the hairdresser for ages.

I saw his first haircut as a symbol of him becoming a boy. Of no longer being my baby – sob! And it deeply upset me, so I just didn’t do it.

BUT in holding off, I had actually given him a pretty bad hairstyle. I was sneakily snipping his fringe a teeny bit in his sleep to stop it from getting in his eyes and then not touching the back – letting his blond locks flow freely. As such, he was sporting a baby mullet.

When I did eventually take the haircut plunge with him, I passed through several emotional stages as his mummy. Here’s what they were and why, if you are also feeling them, you should be comforted by the last one.

Stage one: He doesn’t need a haircut

Sure his hair is in eyes, and he looks like a blond Grug, but he’s a toddler. He’s so darn cute. Why do anything that might take away from the CUTE? Why cut anything OFF him? He’s perfect just the way he is. 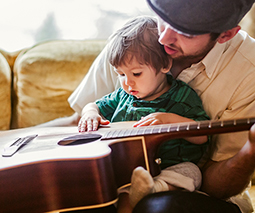 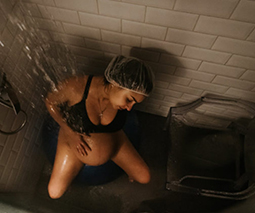 Strangers mistake him for a girl (I don’t care) but he’s also blinded by his fringe right now. Maybe I should cut his hair? If I do though, will he no longer look like a baby? Will he look like, gulp, a little boy? I want a life remote. I want to press pause. He’s growing up too fast. Wah!

Okay, I will ring up and make an appointment with that nice hairdresser my friend recommended. She better not snip his ear though. Hey, hey, calm that inner lioness down. She’s a professional. That won’t happen, but imagine if it did? Oh, my baby!

He looks so sweet seated in the little red racing car chair with his hair cutting cape on. He even seems to be enjoying the ‘rain’ that’s being sprayed on him. Oh, but here goes. She has the scissors. Now don’t cry, don’t cry, don’t … too late. Sniff. His silky, white-blond baby hair is all over the floor now. Quick, pop some in the little ziplock bag you’ve brought and wipe away the tears before the hairdresser sees. 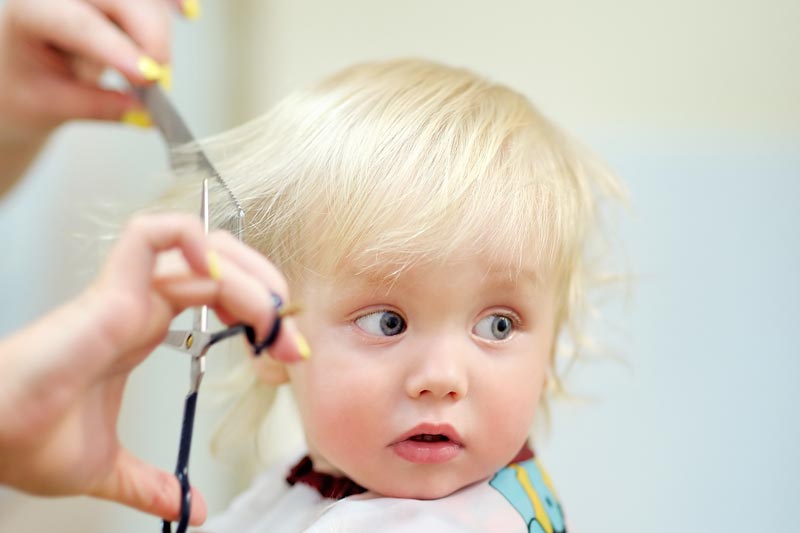 Stage five: What have I done?

She’s not finished yet but I hate myself right now. I am letting someone change my perfect little guy. I shouldn’t have done this. Why is she cutting off SO MUCH? Stop!

Well, I didn’t expect to actually LIKE his new do. But he looks so cute! And she was right to cut off as much as she did. You know, he actually looks more like a baby again with his short hair. Oh, those chubby little cheeks! Man, I need to squeeze them.

My handsome little guy. I can’t wait to show you off to your daddy when he comes home. Actually, I will snap 10,000 photos of you in your car seat right now with your new ‘do’. But wait, you want me to sing the ducky song to you and hand you your lovie to cuddle instead? OK, I will. You are still my baby. Yes, you no longer have a toddler mullet and I have a keepsake of your first haircut in my handbag, but you have a lot of growing up to do. You just look a little cuter now. I also know it won’t be long before we are back here again for the next haircut. It turns out your first haircut was a milestone and one that was as much yours to experience as it was mine as your mummy.