Australian parents are disadvantaged by a lack of affordable childcare, with childcare costs rising by about 145 percent in real terms since 2002, the latest HILDA study reveals.

The annual survey found the majority of Australian parents have experienced childcare difficulties over the past year and the costs of childcare are an increasing stress.

Australia has fallen behind most OECD countries in making childcare a top priority to help families thrive. So far, the answer from successive governments has been a head-in-the-sand approach leaving families and early childhood learning centres to work out the rising cost of childcare.

The childcare crisis cannot be solved by asking workers to take lower wages or families to pay more money. The government must step in to help subsidise the rising cost of childcare to support Australian families. 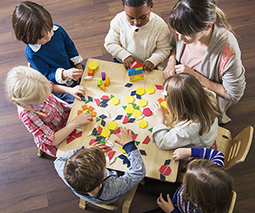 To my child’s educators, Merry Christmas and thank you, thank you, THANK YOU!

This rise in childcare is on top of significant increases in petrol prices, food costs and electricity. So it is little wonder Australian families increasingly feel like they can’t keep up – and buying too many avocado toasts does not seem to be to blame. 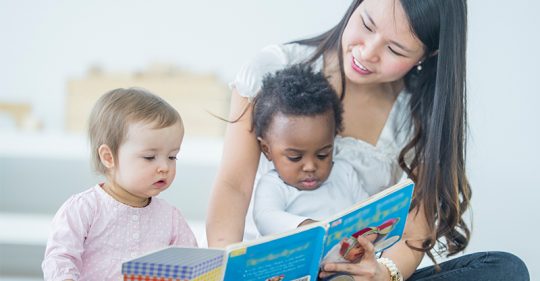 Neither is women’s reticence from the labour market. The HILDA study shows women’s labour force participation rates have increased to their highest rates since the survey’s inception in 2001, as has the number of dual-income couples.

But, women continue to make less money than men, and are less likely to be breadwinners than their male partners. In fact, the HILDA reports that even when women are the family breadwinners, it’s only for a short time, with 60 percent remaining in that position five years later compared to 80 percent of male breadwinners.

So, these competing realities present a knotty problem – women are more attached to the labour market than in the past, yet families feel like they can’t keep up. And childcare costs are central to this, with many families unable to out-earn the huge dent it places on their household income.

For many Australian families, part-time employment is the solution. Australia has the fourth-highest rate of part-time work rates across the OECD. Mothers are more likely to reduce work time to part-time than fathers (37 percent against 5 percent) to buffer the family from rising childcare costs.

The consequence of these employment shifts means mothers perform more childcare and housework while fathers’ work time is largely constant as children age.

Then, of course, there is the mental load, or the unpaid invisible mental work that women do to ensure husbands have socks for work and children have lunches for school. As the HILDA survey shows, women are assuming the bulk of this work on top of their increased attachment to employment. Thus, it is no wonder that work-family conflict has boomeranged – once higher for fathers, but now experienced more severely for mothers.

The cumulative pressure of all of it and, doing it all right, is disproportionately shouldered by mothers at the expense of their health.

For families, the HILDA report has little good news – childcare costs, poverty and anxiety are rising, all while women are more involved in the labour market. While these types of reports can cause one to assume a foetal position in a dark room, there is reason for hope.

Government-subsidised, full-time childcare is a policy solution that is shown to work. In my forthcoming book, I look at which US states are the most effective in supporting working mothers. The results are clear: reducing childcare costs, offering high-quality childcare and extending school days and after-school care are key to effective family policy.

Mothers in these states have the highest employment in the nation and fewer families are below the poverty line. These states provide key policy directions for countries with a void, like Australia.

In Washington D.C., lawmakers expanded government subsidised childcare to cover all children in the district. As a result of this policy, maternal employment rates increased by 12 percent, with 10 percent of the increase directly attributable to the program, reducing employment gaps between high and low-income mothers.

In this regard, the recent HILDA report should be a call to action – for governments to look at work-family challenges as major policy opportunities.

And, legislating high-quality low-cost government subsidised childcare to all Australian families is the perfect place to start.

Leah Ruppanner, Associate Professor in Sociology, University of Melbourne. This article is republished from The Conversation under a Creative Commons license. Read the original article.