Adorable Prince Louis is six weeks old and now that we’ve all almost recovered from the Duke and Duchess of Sussex’ wedding, we can gear up the royal tot’s speedily-approaching christening.

We don’t have any details yet about when and where this special event will occur, but the Duchess of Cambridge’s own mum has hinted at how things might play out, once the big day does roll around.

In fact, Kate’s mum Carole has written a sort of how-to-christen-guide for Baby London magazine, stressing that her tips are not just for a christening, they also cover “naming day” events too. That said, keen royal watchers are certain some details on Prince Louis’ christening lie within Carole’s party plan.

Firstly, Carole said a themed party is the only way to go, suggesting that all the fashionable babies want to be celebrated with a Beatrix Potter or even a Teddy Bear’s Picnic vibe. 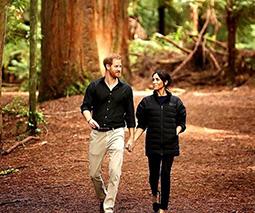 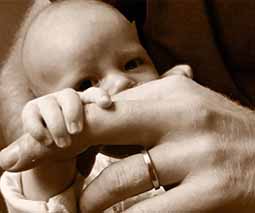 ‪The Duke and Duchess of Cambridge are very pleased to share two photographs of Princess Charlotte and Prince Louis, taken by The Duchess at Kensington Palace.‬ ‪This image of Prince Louis was taken by The Duchess of Cambridge at Kensington Palace on 26th April.‬ ‪The Duke and Duchess would like to thank members of the public for their kind messages following the birth of Prince Louis, and for Princess Charlotte’s third birthday.‬

Kate’s mum also noted that collecting keepsakes at christenings is a must. For example, a memory box for guest to contribute to. They could place “handwritten notes, photographs or trinkets” into the box, Hello Magazine reports, and gift them to the baby when he or she turns 18.

The gifts aren’t just for baby though, Carole thought those attending should also get presents, suggesting “votive candles, pretty chocolates and silver charms” to remember the little one by.

Other gifts suggested include: an English Trousseau piggy bank from Harrods, a Philippa Herbert plaster cast of the baby’s feet, a Meminio leather ‘memory case’ and a traditional Steiff teddy bear. “But what will the baby wear?” We (sort of) hear you wondering. Carole had the answer for this pressing puzzle too. She favoured a silk christening gown for the baby of the moment, recommending this one from British retailer Monsoon. 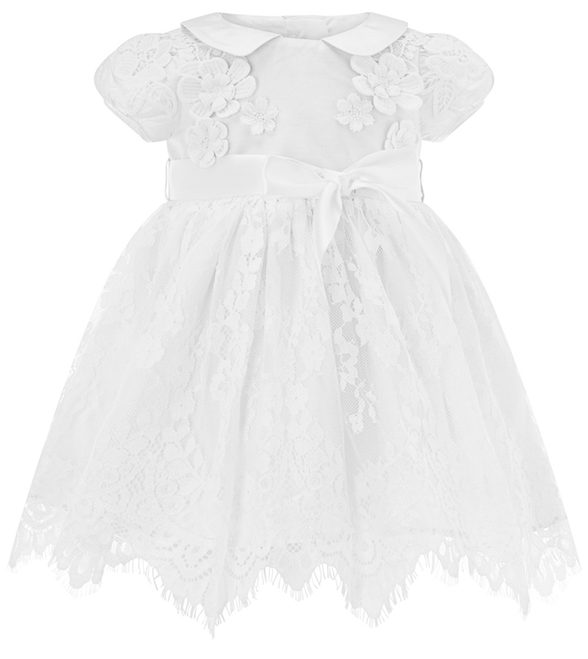 That said, we know that Prince Louis will definitely not be wearing a Monsoon gown on his big day. He’ll be frocked-up in the same gown his brother and sister wore when they were christened. The royal gown is a replica of one the commissioned by Queen Victoria. It was made in 2004, and designed to exactly mimic the 1841 original (which itself was made to resemble Queen Victoria’s own wedding dress.)

Sixty-two royal children – including The Queen, Prince Charles, Prince William and Prince Harry – were christened in the original gown, which was washed in spring water after each use and stored in darkness in between babies.

After it was worn by Lady Louise Windsor in 2004, it was deemed too fragile to use by the Queen’s senior dresser, and the new one was made. This new gown got its first use in 2008 at the christening of James, Viscount Severn, the son of Prince Edward, Earl of Wessex, and Sophie, Countess of Wessex.