Halloween is a relatively new phenomenon in Australia. Revellers are still testing out the rules, figuring out which costumes are best, which houses leave un-manned bowls of lollies out front, the best way to get a high lolly yield in a short period of time.

So we can be forgiven for not knowing or even thinking about the ins and outs of safety on this ghoulish night. But Halloween’s dangers are real, and it’s important to teach kids the rules so they can be chocolate gluttons while also staying safe.

Take candy from strangers, but …

On Halloween, we fly in the face of one of the first rules of childhood: don’t take candy from strangers. And as fun as it is to dress up and gobble all the sugar, accepting food from strangers can be dangerous. We’re not trying to be fearmongers, but when I was a kid in Canada there were news stories of poison and razor blades hidden in packets of lollies. If that doesn’t give you pause, you’re a braver person than I.

It only takes a few simple precautions to keep your kids safe from folks up to no good. Look both ways before crossing the street

In a Canadian October, it’s a lot darker at night than it is in Australia, but that doesn’t mean the basics of street safety should go out the window. Packs of kids roaming the streets at night still have to watch out for cars and people with sinister motives. The rules are common sense, but important to consider:

Which kid is mine?

You think you know what your child looks like, but how do you tell him apart from the three other kids wearing identical zombie masks? Can you recognise your daughter in a sea of Elsas? 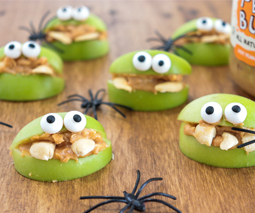 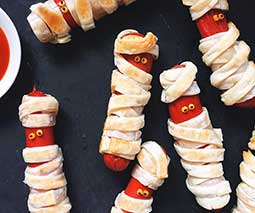 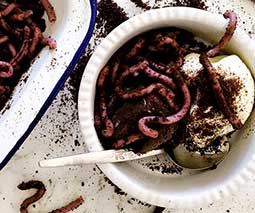 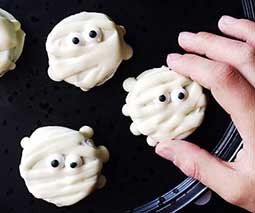 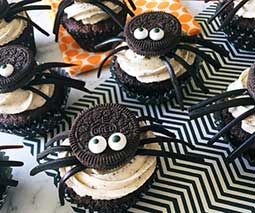 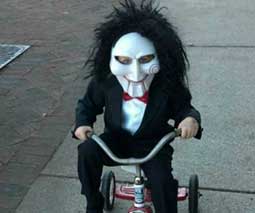 If you’re going to a Halloween disco or public gathering, kids should have something differentiating them from the pack so you can spot them easily. Try a brightly coloured armband, a colourful wig or something unique so you can pick them out of a crowd.

And an extra rule just for the kids

This last Halloween rule is for the kids. Eat as much of your lolly haul as you can on Halloween night, otherwise Mum and Dad will eat all your hard-won loot after you’ve gone to bed. Snoozers are losers, after all!