Kirsten Dunst and her Fargo co-star and fiancé Jesse Plemons welcomed their first child in May of 2018. They named their son Ennis Howard and were – naturally – delighted with their little bundle of joy.

“I’m just tired all the time!”

Kirsten headed back to work when Ennis was six months old, keen to keep her career break as short as possible in competitive Hollywood.

She’s now about to appear alongside Alexander Skarsgård in the upcoming Showtime series On Becoming a God in Central Florida. She plays single mum and waterpark employee Krystal Stubbs and the series looks like a must-watch.

Kirsten admits that being back at work is a total breeze compared to being at home with her son.

Speaking to journalists during a recent press tour, the usually quite private new mum confirmed that going to work offered a bit of a break and that she’s experiencing that full-body exhaustion that all new parents are forced to navigate.

“I basically went for the hardest thing that I could possibly do after having a baby,” she says.

Financial independence: Is it possible to be a parent and not need to work? 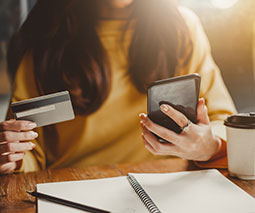 That noted, “it’s so much easier to go back to work than it is to be a stay at home mom,” Kirsten revealed.

It’s a sentiment that 125 percent of other new mums have expressed, exemplifying just how busy and all-consuming caring for a small baby can be. (As much as we love and are grateful for them!)

Describing her post-bub return to set to assembled reporters she said that despite the full-on role, it really suited her … and she didn’t look back.

Congrats to the new mom. 💙#KirstenDunst and #JessePlemons welcomed their first child – a baby boy! Tap our bio link for the sweet details. |📷: Nicholas Hunt/Getty

This was in part due to the fact that Jesse’s mum looks after Ennis when they both have to be at work. It’s clear that this arrangement provides peace of mind and that Kirsten’s work is really rewarding and a priority too.

Thank you @kristasmith and @vanityfair for including me in the 2017 Style Portfolio! 📸@PatrickDemarchelier