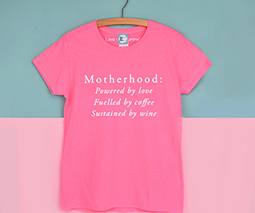 Kick it with Stormi

Stormi is Kylie’s baby with musician Travis Scott. She was born back in February after a very secretive pregnancy, but Kylie’s more than made up for those covert times with plenty of news about her baby’s progress. This week, she shared a sneak peek at her daughter’s closet and honestly it was enough to make a sneaker freaker weep tears of joy.

“Stormi can finally fit into some of her sneakers,” Kylie says in a clip uploaded to Snapchat. “Her dad gave her a bunch of vintage shoes, so I’m about to see if she likes shoes.”

As Kylie pans over the cutest kick collection in the history of cute kick collections, it’s clear that Stormi’s completely across the comfy shoe thing. There are tiny pairs from Nike, Giuseppe Zanotti, Gucci – and Marie Claire are estimating the value of Stormi’s shoes at around US$22 000! Yowzers.

Kylie also shared some photos of her wee baby on Snapchat this week, the first since she removed all shots featuring her baby’s face a few weeks ago, after feeling worried for her safety.

“There have been an increasing number of trolls on social media calling Stormi ugly, and throwing out really horrible insults,” Harper’s Bazaar have reported (via The Sun). “It’s been really upsetting for Kylie, because also some of the comments are direct threats to kidnap her.” It seems that – horrendous kidnap threats aside – Kylie’s settled so easily into her new mum life that her sisters are tapping into her intel.

When ET asked Kim Kardashian West who she turns to for mum life advice, she said … “Lately, it’s been Kylie. Kylie is up on all the new gadgets and the new baby stuff,” Kim explained. “But Khloé and I probably have the most similar parenting style.”

Kim explained that having babies has drawn the sisters together in new ways – and that they support each other wholeheartedly – especially now that Khloe has returned from Cleveland to live in LA where the clan are based.

“I think we’re even closer now because Kourtney and I, even if we do disagree on some parenting tips, we’ll discuss them thoroughly and we respect each other’s rules, but we pick up the slack for each other too,” the mum-of-three noted.

“If Kourtney’s out of town, then the kids will sleep at my house and we’ll plan these fun things where the kids always feel loved. We’re always helping each other out. I definitely feel like we are more connected now especially that Khloe’s back and we’re hanging out with all the babies. All the kids want to hang out. It’s just a whole different experience now.  It’s so much fun.”