In a ‘normal’ pregnancy, the second and last ultrasound before the baby’s arrival falls in the second trimester, around the 20-week mark.

It’s a fun scan because of how much you can see of your baby.

However, new research out of Cambridge University in the United Kingdom is arguing for an additional scan in the third trimester of pregnancy to help lower the risk of breech birth.

According to their research, published in the University of Cambridge’s journal PLOS Medicine, this late-term scan would also help lower the number of c-section deliveries because of a breech presentation.

First up: What is a breech birth?

A breech baby is positioned in the mother’s uterus in a way that their bum or feet are delivered first.

Apparently breech births are among the most compromising for women and babies with most presentations requiring complicated birth procedures, including an increased chance of c-section. 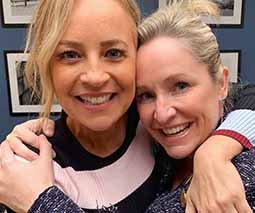 The facts and stats the researchers collected in favour of the scan are very compelling.

They reckon 15,000 breech births could be avoided, 4,000 emergency c-sections and the deaths of up to eight babies a year could be prevented if this routine scan is implemented for pregnant women close to full term.

Bypass breech birth risk and cut down on c-section rates

The proposed ultrasound for women at eight months pregnant would allow doctors to anticipate the likelihood of a breech birth ahead of time, at around 36-weeks gestation.

The Cambridge scientists involved in the study felt the scan would save the public health system money by allowing doctors and physicians to manoeuvre the baby ahead of arrival, and bypass c-sections.

Additionally, other independent experts have argued the late-term scan would also be useful in identifying any placenta movement, ahead of labour as well.

The Cambridge researchers are awaiting confirmation for the go-ahead, but say it looks “very promising”.