When it comes to snacks, bananas are pretty much a win-win no matter how old you are: they taste great and they are packed full of nutrients.

To celebrate this popular fruit, Australian Bananas declared May 1 the first ever National Banana Day.

Although it’s known that bananas contain potassium and vitamin B6, we thought we dig a little deeper and share some other lesser-known facts about the yummy fruit.

1. Bananas are curved because they grow towards the sun, instead of the ground. The process is known as negative geotropism and came about as a way for bananas to survive while growing in rainforests where there’s little sunlight.

2. Bananas are grown on trees, but technically they’re not trees at all. Instead, they’re considered a herb because the stem doesn’t contain “true woody tissue.”

3. Banana peels can be used to purify water. Live Science reports: “Researchers found that minced banana peel performed as well or better at removing copper and lead than many other filtering materials, quickly removing both from water in the Paraná River in Brazil.”

5. They’re surprisingly quick and easy to eat. According to the Guinness World Records, the most bananas peeled and eaten in one minute is eight. 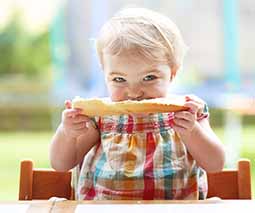 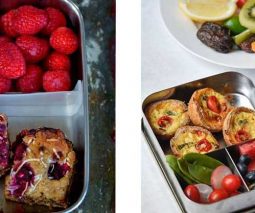 How to be a whole food lunch box ninja!

6. Can you really slip on a banana peel? Despite what you see on TV and in comedy shows, it turns out that slipping on a banana peel is harder than you think. Mythbusters set out to prove this theory and failed. However, if you are really determined, running on a layer of banana peels, as opposed to one, could see some slippage.