A growing baby’s first kicks in utero are quite rightly celebrated with enthusiasm, but what’s really going on in there … and why?

A recent study published in the journal Scientific Reports suggests that babies are not simply stretching their legs or making their presence known when they kick around the womb.

Researchers say that babies are actually seeking to spark important connections in their growing brains with these jerky first kicks and jabs, and that it’s helping them to create an internal ‘map’ of their own body.

“These kicks, known as foetal movements, enable a baby to construct a basic brain network so that it can understand what part of the body is moving and how it is being touched” Live Science reports.

The familiar internal kicks and jabs are abandoned very soon after birth, replaced with the more reciprocal experience of touching and being touched by a parent in the outside world. 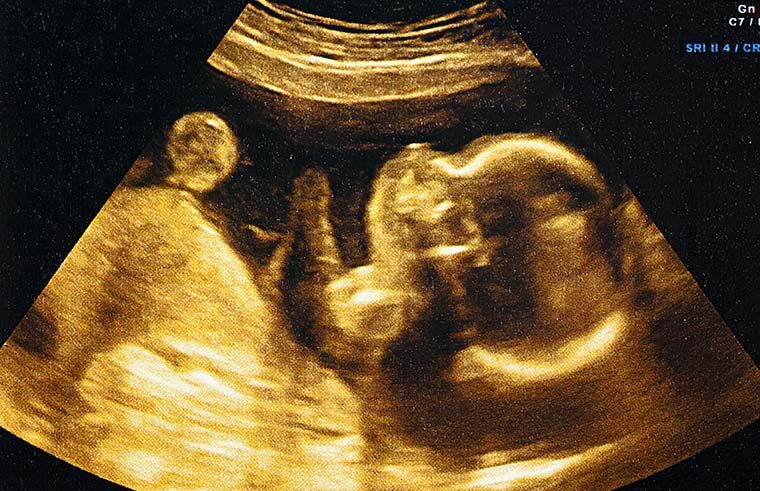 It’s hoped that these fascinating findings will help nurture the still-developing brains of premature babies, encouraging their medical teams to create an environment that mimics the womb to promote development.

“The study’s findings may have implications for neonatal clinical care, such as how to wrap a very premature baby so that it can maintain that sense of being in the womb and further develop this basic brain network,” University College London study authors Kimberley Whitehead and Lorenzo Fabrizi said.

The study was a small one and looked at the brain activity of 19 newborns, several of whom were premature.

“These early patterns [developed in utero] lay out the pathways on which the experience after birth can … refine the initial map,” Whitehead explained.

So if your growing baby is busting some hearty moves around your belly, know that they’re doing very important brain-building work. Work which they’ll refine and adjust once they arrive in the world.