“There is always a pick-up of new clients, come February and March time, from relationships that have broken down in January or around the Christmas period,” says Daniel Myers, a family lawyer at R.B. Flinders in Melbourne.

For married couples, it seems, the Christmas season can prove anything but merry. “It’s a stressful time even for settled families,” says Myers who suggests multiple reasons for this stampede to Splitsville.

Splashing out on presents or holidays can aggravate financial tensions. The merry-go-round of get-togethers heighten the chance of family bust-ups while increased alcohol consumption raises the threat of domestic violence. Having the kids off school adds pressure by compounding the childcare burden. Plus, New Year resolutions encourage people to consider a fresh start. “People might reflect and think, ‘Well, 2018 was a bad year, I’ve been unhappy for a while – 2019 is when I’m going to finally end things,” Myers says.

After dealing with hundreds of divorce cases, Myers witnesses the same destructive patterns time and again. Yet staying aware of these marital saboteurs can help you to prevent them from taking hold. As Myers explains “Divorce is more of a process than an event.”

Illicit sex? Endless rows? Persistent failure to screw the cap back on the toothpaste? The main driver of divorce is, in fact, comparatively mundane. “What causes a relationship breakdown is often a lack of trust arising from poor communication,” Myers says.

“I work with a number of psychologists and couples’ counsellors, and they would all say that what helps maintain the happiest marriages is the constant reinforcement of trust. But once that unwinds, it can be like pulling a thread apart and the whole thing collapses.”

Your move: How do you top up your conjugal trust fund? Avoid being a compulsive liar for one thing. But having regularly witnessed the dark side of what happens when things go sour, Myers is now a big advocate for couples’ counselling as a precautionary measure to maintain a healthy relationship.

“It’s a very proactive thing for a couple to do, not because they’re necessarily about to separate, but just to check in with themselves with the assistance of a professional,” he says. “If you can improve communication, a lot of mistrust won’t ever occur.”

Money is the number one friction point in relationships. That’s according to a joint survey of 5,000 people by three British counselling centres who found that 26 percent reported money worries as their big relationship stressor (the next major causes were not understanding each other, sex-drive differences, and a lack of work-life balance).

“Usually, when couples argue over money, it is because both individuals have very different spending habits,” explains Marriage Care counsellor Jenny Porter. “For example, one person may be more risk-averse and want to put more money away for retirement, while the other person may be more focused on spending for today.”

Your move: Myers agrees that money is “high up on the list of stresses that would cause a separation”. The key to avoiding these issues, he reasons, is “transparency”.

When it comes to your finances, try to join forces and work together. If your business is going through a rough patch then keep your wife in the loop. If she’s a skin-flint and you’re a spend-thrift then consider “yours”, “ours”, and “mine” accounts to preserve financial independence and keep a more level playing field.

Whatever you do, establish some common ground because arguing about money isn’t a good sign. In fact, family-studies researchers at Utah State University found that couples who disagree over finances at least once a week are 30 percent more likely to divorce.

The scandalous affair, the one-night tryst – TV dramas would suggest infidelity is the leading factor in divorce. The truth is somewhat less provocative. “Infidelity is significant, but it’s still in the minority among the other big four or five factors,” Myers says.

In his view, infidelity is generally “a symptom rather than a cause” with the adulterer often mentally checking out of the relationship long before they embark on the affair.

“It doesn’t always work out that way,” Myers says. “But the trigger for being unfaithful is often more the unhappiness in the relationship the first place.”

Your move: Watch what you’re doing on social media. A British study that did a survey of legal firms’ caseloads found that Facebook was cited in a third of divorces as people use it to rekindle old flames.

Never forget that social media effectively provides an ongoing log of our lives. As a result, Facebook is increasingly relied upon in divorce courts as evidence of dodgy behaviour. Tread carefully. 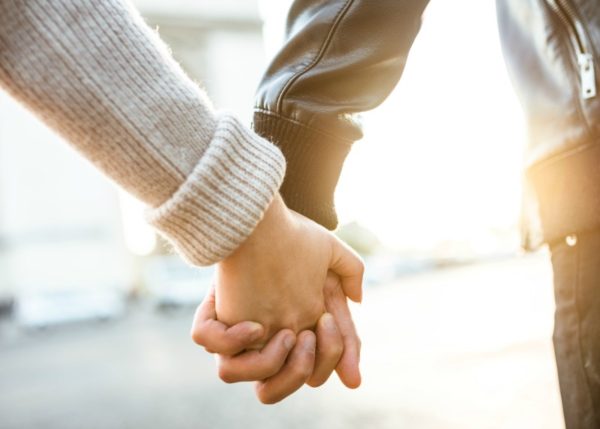 It could be interfering in-laws, her idiot brother or the fact your sister is in trouble and desperately needs a loan. But these tribal dynamics can severely test your bonds of loyalty. “Conflict with other members of the family” is a perennial theme with Myers’ clients.

That’s backed by a study from the University of Michigan that found that when a husband reported a close relationship with his in-laws, the couple’s risk of divorce plummeted by 20 percent.

Your move: The permutations of family strife are endless. But a zillion in-law jokes suggest this relationship is especially contentious.

What’s your playbook to win your in-laws’ affections? You can start by laughing at their jokes, looking after their daughter, avoiding political discussions, nodding gratefully at your father-in-law’s advice and pretending your baby son looks like his maternal grandmother. Make an effort, even if it is through gritted teeth.

Violence. Mental health issues. Alcoholism. Drug abuse. Admittedly, they’re all very different, but any of them has the potential to derail a marriage fast. “They’re all issues that can cause relationship breakdowns,” Myers insists.

From a lawyer’s perspective, he adds, these factors are particularly alarming if the person involved refuses to acknowledge the problem.

“If there’s clear evidence that somebody has an issue, whether it’s violence, substance abuse, or mental health, they need to take ownership of it and show some level of insight into the problem. If they’re holding their hands up to some degree and saying, ‘Yes, that happened. It was a difficult time for me. Now these are the things that I’m doing about it,’ that will give a court or their partner more reassurance than someone who just dismisses everything and buries their head in the sand.”

Your move: Don’t gloss over your personal issues. Any form of violence is always unacceptable (there are zero exceptions here). But if you do struggle to control your temper there are people who can help. “There are many great counsellors and psychologists who can help on a one-to-one basis either, over the phone or in person, as well as group programs such as anger-management courses,” Myers says.

Similarly, if you’re battling with alcohol, drugs or mental health problems, you don’t have to manage it alone. Speak to your GP and find someone to talk to who can help you start to regain control. It’s not easy. But the longer you wait, the more time and work it will take to get things back on track.

This article was written by Luke Benedictus and originally appeared on The Father Hood. Read the original article here.
Share