I’ve recently moved into an apartment block and have become keenly aware of how much noise we make at home. And by “noise” I mean, I am suddenly conscious of how much I raise my voice at my kids.

Now we cohabit a building with eight other people (and we are one of two with young kids), I am feeling very self-conscious about it.

And then I read this article from Stephen Marche in The New York Times.

“Yelling, even more than spanking, is the response of a person who doesn’t know what else to do.”

Wow. Straight to the heart with that one

Stephen’s justification for this statement is as follows:

“Yelling to stop your kids from running into traffic is not what we’re talking about here. We’re talking about yelling as a form of correction. Yelling for correction is ineffective as a tool and merely imprints the habit of yelling onto the children.” 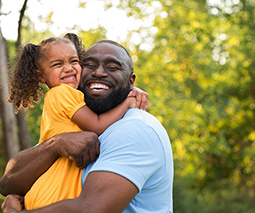 (BTW it should be said that Stephen is also a parent and admits to being a yeller too.)

On reflection, I tend to yell when I feel ignored. And there is a pattern.

Especially in the morning with a double drop-off to manage, there seems like so much to do just to get out the door on time.

So, I start off good. I let things go, and I try and ease out the time. I ask. I ask again. I ask one more time but inevitably I end up yelling right before we open the door. The sound of me and my five-year-old, who yells angrily in response, wafts up the communal staircase like an imaginary whir of smoke.

Except it’s not imaginary, it’s very noisy and very embarrassing. According to Karen Young, a psychologist from Hey Sigmund!, “Yelling often comes from a place of just being at the end of your rope. All of our resources are done. Sometimes it comes from the place of fight or flight and that feeling of, ‘I just need you to stop’ or, ‘I just need it all to stop’.”

Common advice is to take yourself away from the situation, but obviously, you can’t always do that when the craziness is happening.

In those scenarios, Karen recommends the following:

“Take a deep breath. And that’s not always easy when we are in a place of big emotion. But what breathing does is it helps the thinking brain go offline. Breathing activates the part of the brain that calms anger. It’s a psychological effect that initiates a relaxation response that in turn reduces cortisol and helps us look for solutions.”

2. Name what the kids are doing

We often yell because we are frustrated by something our kids are doing. Naming these actions can help us all deal with them better. “If your kids are fighting or squabbling or refusing to do something, like putting their shoes on, let them know. Naming what they are doing actually connects them to us. It takes away the need to do whatever they are resisting.”

In these scenarios, Karen recommends saying something like: “I can see that you really don’t want to get ready for school you want to keep playing.”

Or, “It looks like you are really angry with your brother/ sister.”

3. Naming your own feelings is okay too

“This is hard to do when you are really angry. But naming how we are feeling shows our kids that it’s okay to model those uncomfortable feelings,” says Karen.

For example, you could say: “Mummy is feeling really angry right now. I am feeling like you are not listening to me when I asked you to get ready for school.”

“It shows them that it’s okay to sit with anger or annoyance because what we don’t want them to do is repress those feelings,” says Karen.

“Don’t send them to time out,” says Karen. “Big emotions are just our child’s way of saying that they need our help. If we send them to time out when this happens the whole job of emotion gets completely shut down. Helping them name their emotion and guiding them to a better way of dealing with it is a much better approach.”

“The important thing is that you reassure your child that when they are ready for comfort, or to talk to you, that you will be there.”