Mother’s groups can be like speed dating: you just have to keep going around the circle until you click with someone. And when you click, you will really click. A good mummy friend will be your most valuable lifeline for the next 10 years and beyond. So it’s worth persisting with the speed dating!

Here are some of the mums you will meet along the way:

Super Organised Mum is probably onto her third child and she’s got this motherhood thing down pat. Her mantra is, “Have giant tote bag, will travel” – so she’s never caught out by an unforeseen water play disaster or nappy explosion.

If you spot her, make a beeline for her and become her friend, quick smart. She’ll be the one who has a spare set of clothes, spare nappies, wipes and Panadol in her bag if ever you need them.

She’s lovely but she’s not up for a good goss because she’s too busy watching her kid like a hawk. If she’s not sliding her toddler down the slide using both hands on the toddledsfgr at all times, she’s shadowing the poor kid like a protective crab all over the softfall.

She’s the sort of mum who, if the biscuit falls on the floor, she snatches it up quickly and throws it straight into the nearest bin, unlike …

Super-Relaxed Mum is where it’s at, as far as I’m concerned.

She’s always up for a good goss and she has an “as long as he’s in my general peripheral vision” approach to supervising her toddler.

She hangs out in the kitchen and knows where the free biscuits are because she often forgets to pack her own snacks.

She’s also very relaxed about toddler brouhahas. As long as no one gets concussion, she doesn’t care who started it. She leaves her baby on the floor while she nicks off to the bathroom, whereupon everyone starts asking: “Whose baby is this?”

If the biscuit falls on the floor, she picks it up and hands it back to her kid without skipping a beat. 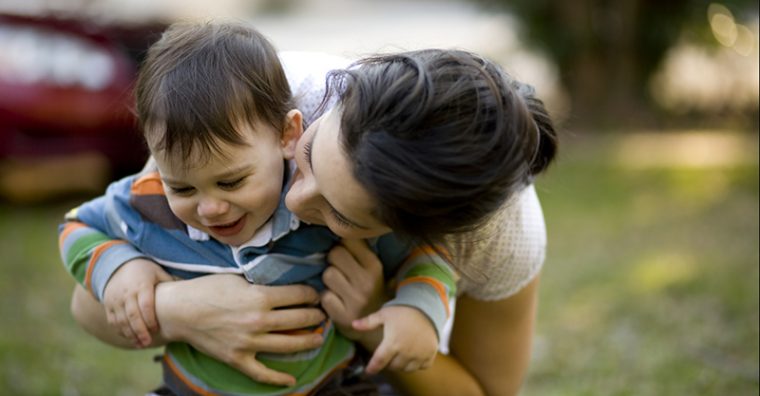 Fashion Forward Mum is always immaculately turned out in an oh-so-casual-I-just-threw-this-on way and how does she do it? She’s usually wearing the latest Seed ensemble – so “latest” that you never even saw it go on sale.

All you ever want to say to her is, “Excuse me, where did you get that top?”

She’s a bit like Hover Mum but she comes with a soundtrack: it’s a constant running commentary on her child’s every move. As such, she’s got no time for adult conversation because the incessant narration is taking up all her oxygen reserves.

“Got some blocks, Bubby? Good boy. Make a tower, that’s right. How high can you make it? Ooh that’s very high, clever Bubby and – oh now we’re knocking it down? Be careful of the baby someone left on the floor there.”

Competitive Mum is definitely one to watch out for. She’ll sidle up to you and strike up a friendly conversation. Then, once she’s got you all relaxed and off guard, she’ll start asking about your child’s developmental milestones.

And whatever your kid is doing, her kid did it ages ago.

“Jayden has been clapping for months, he’s very advanced.”

My Kindred Spirit Mum was an intriguing mix of Super Relaxed Anything Goes Mum and Super Organised Mum.

She was relaxed enough to be able to dive deep into a good gossip session and carried everything she needed to placate her child in a deceptively small cross-body satchel. If her daughter expressed the vaguest need for water, she’d produce it from the satchel without skipping a beat on whatever juicy story she was telling. She would arrive at playgroup and dive straight into the free Arrowroots (because she hadn’t had breakfast yet), but she would somehow magically produce an entire replacement outfit for her daughter out of the satchel if things got messy.