The advice is fairly clear when it comes to conceiving again after having a baby. But what about if you’ve suffered the loss of a child via stillbirth? When is it safe to start trying again?

Every woman is different, but …

Experts suggest that women are assessed on an individual basis to determine their readiness – both physically and emotionally – to try again. But some new research on conceiving and having babies after stillbirth provides some much-needed scientific evidence on trying for a baby after this sort of loss.

A stillbirth is when a baby dies after 24 weeks gestation. The death of a baby prior to this is known as a miscarriage or late foetal loss.

A study led by Dr Annette Regan from Curtin University looked at women from WA, Finland and Norway who had suffered the loss of a child through stillbirth. The findings were published in medical journal The Lancet earlier this year.

“The World Health Organisation (WHO) recommends that women wait at least 2 years after a live birth and at least 6 months after a miscarriage or induced abortion before conceiving again, to reduce the risk of adverse birth outcomes in the subsequent pregnancy,” the study authors explain in The Lancet. “No recommendation exists for the optimal interval after a stillbirth. We investigated the association between interpregnancy interval after stillbirth and birth outcomes in the subsequent pregnancy.”

Their research followed a group of 14,452 women over 37 years, gathering data on what happened with subsequent pregnancies.

“What they found was that of these 14,000 women more than 60 percent of them had had their baby within 12 months,” Dr Norman Swan told Radio National’s Fran Kelly.

“In fact there were no risks at all of stillbirth, or preterm birth, of low birth weight babies, or small for gestational age babies,” Dr Swan explained. 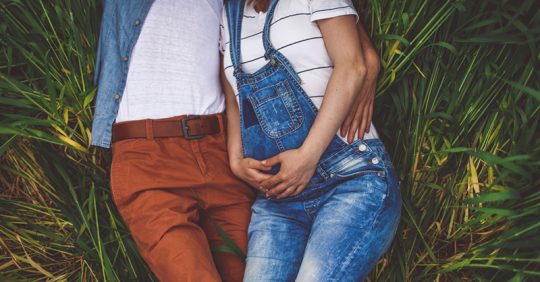 No increased risk of adverse outcomes

The BBC tells us more, noting that “out of the births studied, 9,109 – or 63 percent – were conceived within 12 months of the stillbirth. A total of 2 percent of those subsequent pregnancies ended in stillbirth, 18 percent were preterm births and 9 percent were babies born small for their age. Those who conceived within 12 months of stillbirth were no more likely to have another stillbirth, or a preterm birth, than women who left two or more years between pregnancies.”

“Conception within 12 months of a stillbirth was common and was not associated with increased risk of adverse outcomes in the subsequent pregnancy,” the study authors said.