Heaps of invaluable childcare advice has been handed down through the generations. But butter on a burn? Think again.

Turns out there are some seriously outdated healthcare myths still doing the rounds when it comes to sick children. Below, some of the old wives’ tales we need to put to rest:

Eek! Sounds downright medieval, but according to a recent study conducted by the Cohen Children’s Medical Centre in New York, four out of every ten grandparents surveyed believed that children should be dunked in an icy bath to bring down a fever.

Doctors now say this isn’t a wise move, as putting an already sick child in a cold bath can actually lower their temperature too much and bring on the chills. Instead, today’s parents are advised to give a feverish child an appropriate dose of medication such as paracetamol or ibuprofen, and put a cold washcloth on their forehead.

Keep in mind that a mild fever (37-38°C) is simply your child’s body trying to fight a virus or infection. Very high fevers (nearing 40°C or more) or fevers in very young babies (anything over 38°C), should be treated seriously, so call your doctor if you’re worried. Talking about fevers, this old wives’ tale is still taken as gospel, but it’s only half right. When your child is sick with a cold, they need lots of nutrients to help fortify their immune system. The same goes for fevers. By starving a fever (that is, consuming less calories), it may actually be more difficult for your child’s body to fight off infections. 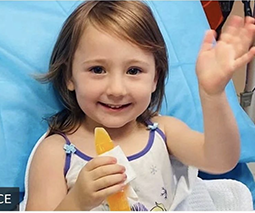 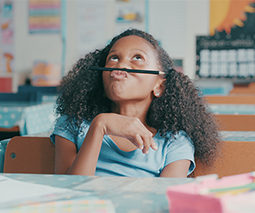 The bottom line? Try to encourage your child to drink plenty of fluids and eat well, regardless of whether they’re fighting a cold or a fever. But don’t stress too much if your child doesn’t want to eat much when they’re sick. As long as they’re getting some nutrients in their system, you’re doing fine.

So many parents relied on this trusty old piece of advice a few decades ago, meaning most of us were walking around the playground with scabby old knees, wishing for a bandaid.

While in theory, it seems like leaving a wound uncovered will somehow ‘air it out,’ research has shown that an uncovered wound dries out and forms a scab, which impedes the healing process by creating a barrier between healthy skin cells. This increases the chance of scarring, infection and re-injury. Instead, it’s recommended we cover our children’s various cuts and scrapes to prevent exposure to dirt and germs, and stop scars from forming.

Nope, and nope. And yet, according to the aforementioned Cohen Children’s Medical Centre study – 13 percent of grandparents still believe that they should use butter on a scald.

Doctors warn against putting butter or other greasy products on a burn, as the grease can slow the release of heat from the skin and end up making the injury worse. Likewise, using ice to treat a burn can injure the skin. Instead, if your child has a minor burn, put the affected area under cool running water for at least 20 minutes. The cold water will help numb the area and prevent the skin from continuing to burn. If the pain is too much, try placing a (clean) washcloth over the wound and running cold water over that.

Myth 5. Tilt the head back to stop a nosebleed

If you’ve actually tried this old piece of advice, you’ll know that tilting the head back only encourages the blood to run down the back of the throat and doesn’t slow down the bleeding. Not helpful, especially for young children who can get really upset about nosebleeds.

Instead try pinching the soft part of your child’s nose, beneath the bony bridge. Get them to lean forward and breathe through their mouth. This will help the blood come out of the nose (rather than down the throat), and the pressure on their upper nose will eventually help staunch the flow. Myth 6. Put some alcohol on your baby’s sore gums

While a few generations ago, mothers reached for the brandy or whisky bottle to calm their baby’s teething pain, we’ve got a few more options up our sleeve now. So please skip this risky remedy – obviously even a small amount of alcohol can be dangerous to a baby.

Myth 7: Blow cigarette smoke in a baby’s ear to cure an ear infection

For real, people did this. The thinking was that the smoke would warm up the ear canal and somehow help cure the infection. Bad idea. According to the University of Arkansas for Medical Sciences (UAMS), “blowing smoke into a child’s ear will do nothing to speed the resolution of an ear infection.”

Middle ear infections are caused by an infection behind the eardrum in the middle ear. They’re really common in young children, and often they heal on their own, or require a short dose of antibiotics. If your child is complaining of ear pain, take them to the doctor to get checked.