Oh dear lord. Just when you thought it was safe to go back in the bathroom, experts are telling us that our towels are probably dirtier than our toilet and we all need to get a handle on this sh*t. Literally.

University of Arizona microbiologist Charles Gerba has alerted us to this rather pesky poo problem. He says the bathroom environment encourages the transfer of faecal organisms to towels, particularly when people dry their hands without washing them properly.

“Your hands touch faecal organisms like coliform bacteria—organisms that can indicate the presence of disease-causing bacteria in water—Escherichia coli or even Salmonella,” Time Magazine reports.

Read more about cleanliness and germs:

Gerba has looked into this germs sitch very thoroughly. He explains that in one of his studies, he found nearly 90 percent of bathroom towels were contaminated with coliform bacteria (a bacteria that lives in our colons) and about 14 percent carried E. coli bacteria (a potentially dangerous bacteria found in the intestines of humans and animals).

Gerba has also found these bacteria on kitchen hand towels, and he says the numbers of E. coli directly related to how frequently towels were washed.

“After about two days, if you dry your face on a hand towel, you’re probably getting more E. coli on your face than if you stuck your head in a toilet and flushed it,” Gerba told Time Magazine. 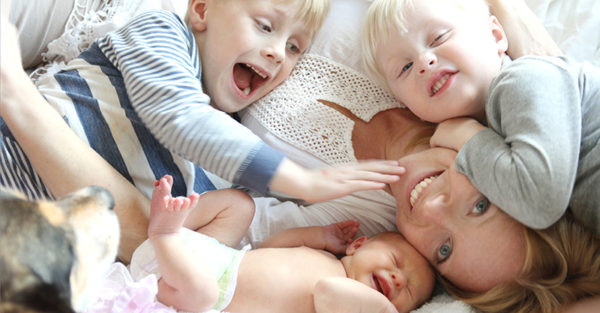 So what can we do about these worrying, germy poop-towels? There are a whole bunch of infection-fighting approaches: